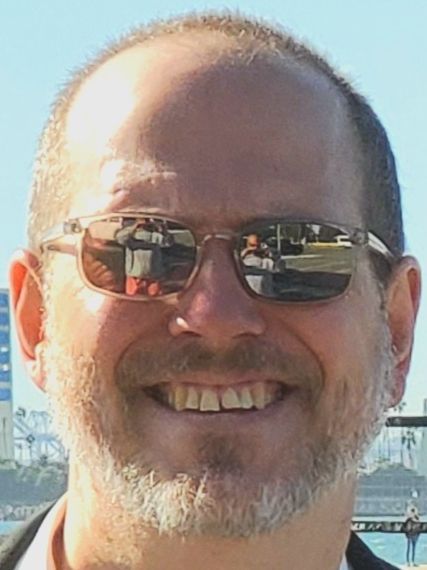 Louis Anthes was born in Livorno, Italy to American parents, grew up in the American Midwest and has since lived in New York, California and occasionally elsewhere. Since 1993, when he came out as gay to his family, he started an academic career and published a number of articles in United States history, finishing both law school and his doctorate at New York University in 2000, eventually publishing his thesis, "Immigrants and Lawyers," in 2003. Since leaving academia in 2001, he published erotic short stories in magazines and anthologies, and he has written a novella, "Eighteenth & Castro" and two self-published novels, "Underneath" and "Fierce Stranger." He has been a licensed member of the California State Bar since 2009

Book:
Fierce Stranger
Fiction / Literature
Tusi Books
July 2019
ISBN 9780578494722
The author will make this book available for sale at the Author Pavilion during the Festival.

"Fierce Stranger" is an original work of erotica dominated by themes of homosexuality, drug use, violence and racism, from the perspective of Anthony Camarrata, a failed gangster who escapes Brooklyn, New York and resettles in Long Beach, California during the Great Depression.