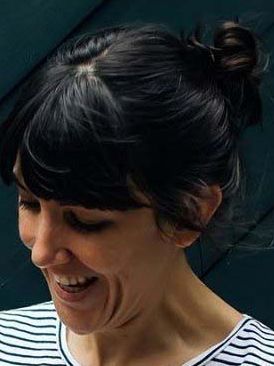 Whitney Otawka is a chef, writer, recipe developer, and frequent traveler. Whitney’s unique perspective on cooking is guided by her early years growing up in the Mojave desert of Southern California, college years cooking in the culinary mecca of the Bay Area, and a submersion in the foodways of the American South. From produce and preservation, to cooking outdoors over live fire, Whitney seeks to reflect the unique flavors that define the culture of the places we call home, over a shared table and a good meal of course. Otawka appeared on season nine of Top Chef. Her new book is "The Saltwater Table: Recipes from the Coastal South."

In The Saltwater Table, Otawka presents her own colorful and bright interpretation of the coastal food culture she has studied and is inspired by...Otawka kindly educates the uninitiated that this region, in its geographical and cultural complexity, has ever more to offer, and she reminds those in the know that these traditions are to be celebrated, if not outright cherished.