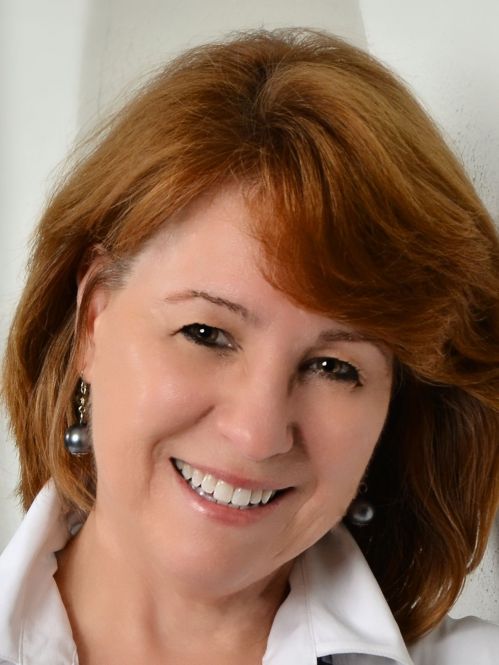 Victoria Wilcox is the Founding Director of Georgia’s Holliday-Dorsey-Fife House Museum (the antebellum home of the family of Doc Holliday, now a site on the National Register of Historic Places), where she learned the family’s untold stories of their legendary cousin. Her work with the museum led to two decades of original research, making her a nationally recognized authority on the life of Doc Holliday.

Wilcox is the author of the documentary film, "In Search of Doc Holliday," and the historical novel trilogy, The Saga of Doc Holliday, which includes "Southern Son," "Dance with the Devil" and "Dead Man’s Hand." She has twice received Georgia Author of the Year honors and in 2016 was named Best Historical Western Novelist by True West Magazine. Her new pictorial biography, "The World of Doc Holliday: History & Historic Images," will be released in 2020.

Wilcox has lectured across the country, appeared in local and regional media, guested on NPR affiliates and was featured in the Fox Network series "Legends & Lies: The Real West." She is a member of the Western Writers of America, Women Writing the West, the Wild West History Association, and the Writer’s Guild of the Booth Museum of Western Art and has been a featured contributor to True West Magazine.

In the summer of 2017, Wilcox joined actor Val Kilmer, one of the stars of "Tombstone," as guest historian at the inaugural Doc HolliDays in Tombstone, Arizona, site of the legendary O.K. Corral gunfight. In October of 2019, she returned to Tombstone as guest of the annual Helldorado Days celebration with a special appearance at the Old Tombstone Courthouse State Historic Park.

His name conjures images of the Wild West, of gunfights and gambling halls and a legendary friendship with the lawman Wyatt Earp. But before Doc Holliday was a Western legend he was a Southern son, born in the last days before the American Civil War and raised to be a Southern gentleman. The story begins with Southern Son, set during the turbulent times of the American Civil War, as young John Henry Holliday welcomes home his heroic father and learns a terrible secret about his beloved mother. After the Confederacy falls, John Henry becomes a troubled teenager and joins in with a gang of vigilantes trying to chase the Reconstruction Yankees out of their small Georgia town. More/less

His name conjures images of the Wild West, of gunfights and gambling halls and a legendary friendship with the lawman Wyatt Earp. But before Doc Holliday was a Western legend he was a Southern son, born in the last days before the American Civil War and raised to be a Southern gentleman. His story sweeps from the cotton plantations of Georgia to the cattle country and silver boomtowns of the American West. The Saga of Doc Holliday comes to a dramatic conclusion in Dead Man's Hand. Tombstone, Arizona Territory, is the richest silver boom town in the country, promising fortunes to anyone daring enough to stand up to the stage coach robbers and rustlers who infest the nearby mountains. But John Henry Holliday is only trying to make a little money off the gambling tables when he's caught up in a secretive plot to stop the disturbances before they start a threatened war with Mexico. When suspicions rise and tempers ignite, the plot turns into a war between cowboys and lawmen, and he becomes a player in the most famous street fight in the Wild West. More/less