Winning a War of Wills

In an age when we are attacked almost daily by steady streams of mis-information, launched by adversaries within the U.S. and enemies overseas, is there anything we can do to protect ourselves? Malcolm Nance, Farah Pandith and Geoffrey Stone will help us look for light in the tunnel today! 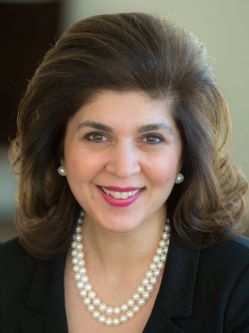 Farah Pandith is an author, foreign policy strategist and former diplomat. A world-leading expert and pioneer in countering violent extremism, she is a frequent media commentator and public speaker. Her book is "How We Win: How Cutting-Edge Entrepreneurs, Political Visionaries, Enlightened Business Leaders, and Social Media Mavens Can Defeat the Extremist Threat....

Geoffrey R. Stone is the Edward H. Levi Distinguished Service Professor at the University of Chicago. Stone joined the faculty in 1973, after serving as a law clerk to Supreme Court Justice William J. Brennan, Jr....