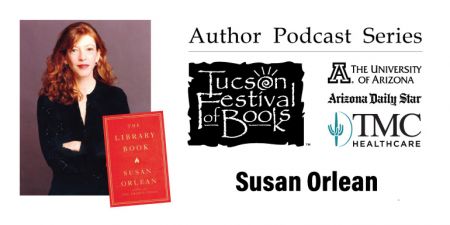 Maybe you've heard from author Susan Orlean recently on Twitter and we were lucky enough to have her record a Tucson Festival of Books podcast! Get to know Susan Orlean here.

Susan Orlean is a journalist and best-selling author of "The Orchid Thief" and her latest is "The Library Book." She has been a staff writer for The New Yorker since 1992, and has contributed articles to many magazines including Vogue, Rolling Stone, Esquire and Outside.