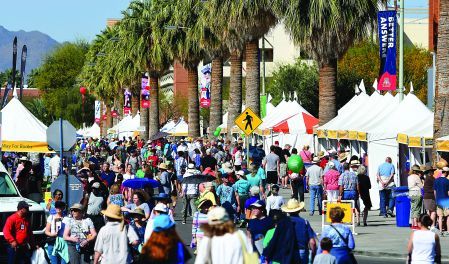 The winners of the 2021 Literary Awards Writing Competition have been announced! Authors who won the top awards in the categories of fiction, nonfiction, and poetry will be featured as presenting authors at this year's festival, and the top 50 contest entrants will be invited to our annual Masters Writing Workshop. Over $5,000 in prize money will be awarded to the nine top winners. If you'd like to enter next year, our competition has reached a record number of entries, so make sure you're one of them!

Here are the winners in each category:

Céline Keating is co-editor of the anthology On Montauk: A Literary Celebration and author of the novels Layla and Play for Me. Her story “Home” won the Hackney Award for short fiction. Other stories have appeared in Echoes, Emry’s Journal, The North Stone Review, Prairie Schooner, and Santa Clara Review. Honors include scholarships/fellowships to Writers at Work, Vermont Studio Center, Breadloaf, MacDowell, and BookEnds at Stony Brook/Southampton.

Judge’s comments: In vivid, memorable prose, Keating evokes the beauty and fragility of Montauk and its residents. The work speaks to the pressing issues of our time, especially the loss of wild places.

Megan McNamer's first novel, Children and Lunatics, won the Big Moose Prize, and her second novel, Home Everywhere, was published in 2018. Her essays appeared in Salon, Sports Illustrated, and The Sun, and her fiction has won awards from New Millennium, Glimmer Train, Writers@Work, Carve Magazine, Cutthroat, and the Leapfrog Press Fiction Award, among others. She studied music at the University of Montana and earned an MA in Ethnomusicology from the University of Washington.

Judge’s comment: The candid humor of McNamer’s writing belies deep wells of feeling and a thrilling precision with language and character.

Third place: “The Mouse and The Saola” by Nay Saysourinho

The daughter of Lao refugees, Nay Saysourinho was raised in the province of Québec and spent several years in Saskatchewan. She is the 2020 Rona Jaffe Fellow at MacDowell and a Berkeley Fellow at Yale. She received the Adina Talve-Goodman Fellowship from One Story Magazine and was awarded fellowships from Kundiman and The Writers Grotto, and scholarships from The Mendocino Coast Writers Conference and Tin House. Her writing has appeared in The Funambulist Magazine, The Asian American Writers Workshop, Kenyon Review, Ploughshares Blog, and more.

Samyak Shertok’s poems appear or are forthcoming in Blackbird, Cincinnati Review, Colorado Review, Gettysburg Review, Hayden’s Ferry Review, New England Review, Shenandoah, and elsewhere. A 2020 National Poetry Series finalist, he has received fellowships from Aspen Words, the Vermont Studio Center, and the Fine Arts Work Center in Provincetown. A native of Nepal, he is currently a Ph.D. student in Literature and Creative Writing at the University of Utah, where he is a Steffensen Cannon Fellow.

Judge’s comments: Worlds compound in Shertok’s poems like layers of sedimentary bedrock—a tracing of a life becoming. Part ars poetica, part confessional, part lament for spaces of Nepal, part expository to understand the wars, wounds, and conflicts some lives are born out of, the poems evolve an excavation of multi-existence. Estranged to inherited language, the voices make incantations of naming, of conjuring the self into existence through the unveiling of lineage, culture, and family and investigate the fleeting spectral of these things in coalesce. Shertok explores what it means to be haunted and haunt, simultaneously.

Laura Apol is a professor at Michigan State University. Her poetry appears in numerous anthologies and literary journals, and she is recognized through a number of poetry prizes. She is the author of four full-length award-winning collections: Falling into Grace; Crossing the Ladder of Sun; Requiem, Rwanda; and, most recently, Nothing but the Blood. She currently serves as the poet laureate for the tri-county area in mid-Michigan.

Judge’s comments: Apol contemplates the vicissitudes of the human condition—understanding, collection, death, and grief—through the photo of her mother, a lesson from her daughter on vision and color spectrum, a visceral landscape of flora and fauna juxtaposed against the nature of a calico cat, and the echoed yearn to move outside the weight of ache to an acquiescence to that which remains unfathomable.

Third place: “Sea Glass” and other poems by Susan Manchin

Susan Manchin is an MFA candidate at Bennington College, where she is the recipient of the Mardah Chami Poetry Scholarship. Her work has appeared in Poems from the Lockdown by Willowdown Books and is forthcoming in Kestrel: A Journal of Literary Art.

Judge’s comments: Manchin’s poems spawn from a human evolving. They necessitate from the sparseness of language, the relationship of words, moments, and images to bring forth larger considerations of gaps—gaps left from the loss of a parent, leaving a life unable to unfurl fully; gaps from severing, a divorce; gaps where a woman sees her regeneration in the shards of sea glass; gaps where a voice allows oneself to be open to forces and elements again, open to the wind, to the unknown.

First place: “The Law of Simultaneous Contrast” by Carol Marsh

Carol D. Marsh, a graduate of Goucher College’s MFA in Creative Nonfiction program, has won essay awards from Solstice Literary Magazine, New Millennium Writings, Under the Gum Tree, and Soundings Review. Other essays have appeared in Los Angeles Review’s Best of Annual print edition, River Teeth, and Chautauqua Journal, among others. Her book, Nowhere Else I Want to Be: A Memoir, won the Sarton Women’s Book Award 2018.

Judge’s comments: This story about a family secret and the careful ellisions necessary to avoid a confrontation is wrapped around a description of color theory. The conventional structure builds to some grammatical risks and an emotionally powerful conclusion.

Second place: “Footnotes from the Promised Land” by Jan Phillips

Jan Phillips is the author of 11 books including Finding the On-Ramp to Your Spiritual Path, There Are Burning Bushes Everywhere, Finding Ourselves on Sacred Ground, and No Ordinary Time—The Rise of Spiritual Intelligence and Evolutionary Creativity, which won the Eric Hoffer Award for Excellence. Her work has been published in the New York Times, M.s Magazine, The Sun, Newsday, People Magazine, Christian Science Monitor, New Age Journal, National Catholic Reporter, and Utne Reader.

Judge’s comments: Unexpected love blooms inside a novitiate in this intense plot-driven story that asks the reader to consider an unorthodox theology of continuous creation and an Age of Miracles that never stopped. But neither did the suppression of “a particular kind of friendship.”

Megan Baxter holds an MFA in Creative Nonfiction from Vermont College of the Fine Arts and a BFA in Poetry from Goddard College. Her first book, The Coolest Monsters, A Collection of Essays, was published in 2018. Her memoir Farm Girl is forthcoming. Her essay collection The Body(Electric) will be published by Ohio State Press. Her numerous national awards include a Pushcart Prize. Her work has been listed in The Best American Essays of 2019. Recent publications include pieces in The Threepenny Review, The Florida Review, and Creative Nonfiction Magazine. She teaches writing at Colby-Sawyer College.

Judge’s comments: A lushly written story of growth and origins, with an anticlimax that works because of the author’s refusal to shade the truth. Tactile descriptions of earth and verdure that shine light on the central question make this a standout.