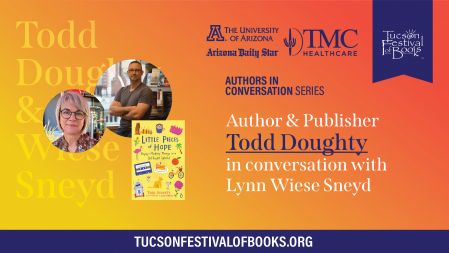 In case you missed it this great Authors In Conversation session with Pulitzer Prize-winning reporter John Branch along with author and sportswriter Joe Drape, take a look. They discussed John's new book "Sidecountry" about breathtaking tales of climbers and hunters, runners and racers, winners and losers.

Watch a replay of the session here.

New York Times reporter John Branch’s riveting, humane pieces about ordinary people doing extraordinary things at the edges of the sporting world have won nearly every major journalism prize. "Sidecountry" gathers the best of Branch’s work for the first time, featuring 20 of his favorites from the more than 2,000 pieces he has published in the paper. He is the best-selling author of "Boy On Ice" and "The Last Cowboys" and has been featured multiple times in Best American Sports Writing.

Joe Drape is an award-winning sportswriter for the New York Times. He is the author of seven books, including the New York Times best-sellers "Our Boys: A Perfect Season on the Plains with the Smith Center Redmen" and "American Pharoah: The Untold Story of the Triple Crown Winner's Legendary Rise."