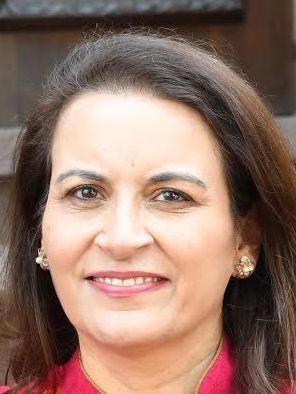 Sujata Massey is the author of 14 novels, two novellas and numerous short stories that have been published in 18 countries. Her novels have won the Mary Higgins Clark, Agatha, Lefty and Macavity awards and been finalists for the Edgar and Anthony prizes. Currently, Massey writes mystery and suspense fiction set in pre-Independence India, and she has an earlier award-winning series set in modern Japan. Her latest book, "The Satapur Moonstone," is a mystery delving into tensions between India's British government and Indian nobility.

Born in England to parents from India and Germany, Massey was raised primarily in St. Paul, Minn., although her home for nearly 30 years has been Baltimore. She earned a bachelor's degree in Writing Seminars at Johns Hopkins University and wrote features for the Baltimore Evening Sun newspaper before becoming a novelist. She is published in twenty countries and loves to talk with everyone about bicultural identity, historic cultures and women's rights, the main themes of her work.

The Widows of Malabar Hill