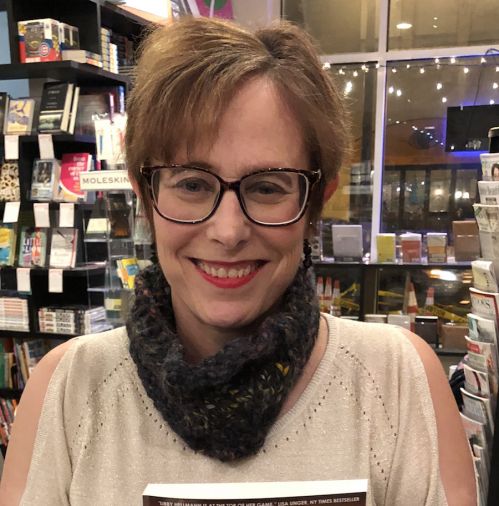 Libby Fischer Hellmann left a career in broadcast news in Washington, D.C., and moved to Chicago a long time ago, where she, naturally, began to write gritty crime fiction. Sixteen novels and 25 short stories later, she claims they’ll take her out of the "Windy City" feet first.

She has been nominated for many awards in the mystery and crime writing community and has even won a few. Her most recent novel, released in 2018, is “High Crimes.”

Hellmann's entertaining fifth mystery featuring Chicago PI Georgia Davis (after 2014's Nobody's Child) echoes current events right down to dropping the names of Vladimir Putin, Steve Bannon, John McCain, and even Rachel Maddow. The only real-life public figure to go unnamed is the "most unpopular president ever." Dena Baldwin, the daughter of a powerful and corrupt Washington, D.C., lobbyist, is the founder and charismatic leader of ResistanceUSA. She has organized a massive protest rally in Chicago's Grant Park. As she takes the stage to deliver the opening remarks, she's shot dead, and the assassin subsequently dies in an explosion. The FBI puts it down to domestic terrorism and determines that the shooter acted alone. Dena's mother isn't satisfied with this assessment and asks Georgia to find out the truth behind her daughter's death. A shrewd investigator, Georgia surrounds herself with top-notch computer techs and police and FBI contacts. The plot unfolds logically, and for readers who watch the nightly news with dismay, the novel offers a satisfying alternate reality. More/less