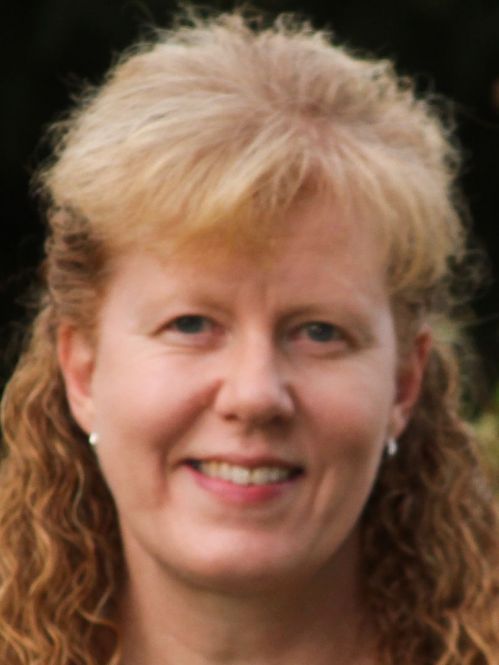 Nancy Atkinson is a science journalist and author with a passion for telling the stories of people involved in space exploration and astronomy. She has been with Universe Today since 2004 and also writes for Ad Astra.

Her new book on the Apollo program is titled “Eight Years to the Moon: The History of the Apollo Missions” and shares the untold stories of engineers and scientists who helped make the Apollo program so successful. The book comes out just in time to celebrate the 50th anniversary of the Apollo 11 mission, the first to land on the Moon. Her first book, “Incredible Stories From Space: A Behind-the-Scenes Look at the Missions Changing Our View of the Cosmos,” tells the stories of 37 scientists and engineers that work on several current NASA robotic missions to explore the solar system and beyond.

Atkinson was the host of the NASA Lunar Science Institute podcast from 2009-2014 (now SSERVI), was part of the production team for Astronomy Cast from 2008-2015, and worked with the 365 Days of Astronomy podcast where she was project manager from 2009-2011. She also wrote for Seeker and has articles published on New Scientist, Wired.com, Space.com, NASA’s Astrobiology Magazine, Space Times Magazine and several newspapers in the Midwest.

In 2010, Atkinson was awarded the New Horizons Traveling Fellowship by the Council for the Advancement of Science Writing.

Atkinson is also a NASA/JPL Solar System Ambassador, and through this program, she has the opportunity to share her passion for space and astronomy with children and adults through presentations and programs.

July 16, 2019 will be the 50th anniversary of the Apollo 11 mission, celebrating an incredible decade in science history. In Eight Years to the Moon, unique personal stories of NASA engineers and MIT computer experts are interwoven with Nancy’s gripping style to tell the story of Apollo 11 in a fresh and riveting way. Despite incredible hurdles and catastrophes, Apollo 11 launched a successful mission within President Kennedy’s proposed timeline. The employees of NASA made the impossible possible—creating new technology and completely reimagining space travel. In Eight Years to the Moon, readers are transported into the space race of the 1960s. Nancy begins in 1962—when NASA had to build the Manned Spacecraft Center and space exploration first became a priority—and spans to the successful Apollo 11 mission. With firsthand accounts from Henry Pohl (director of engineering at Johnson Space Center), Glynn Lunney (Apollo flight director), and Frank Hughes (lead test engineer for the Apollo command and lunar module simulators), it’s easy to get wrapped up in the excitement of what it was like. In the words of Henry Pohl when he saw his first rocket test launch, “When that thing lit off I had never seen such power in my life...I decided right then and there that’s what I wanted to be part of...” And he was far from alone. Filled with stories from those involved and interviews with other Apollo experts, Eight Years to the Moon is a book that will delight anyone who has ever looked up at the moon and wondered how we got there. More/less

Experience the Amazing Unmanned Journeys to Explore the Universe In Incredible Stories from Space, veteran space journalist Nancy Atkinson shares compelling insights from over 35 NASA scientists and engineers, taking readers behind the scenes of the unmanned missions that are transforming our understanding of the solar system and beyond. Weaving together one-on-one interviews along with the extraordinary sagas of the spacecraft themselves, this book chronicles the struggles and triumphs of nine current space missions and captures the true spirit of exploration and discovery. Full color images throughout reveal scientific discoveries and the stunning, breathtaking views of our universe, sent back to Earth by our robotic emissaries to the cosmos. -Travel along with the first mission to Pluto -Explore Mars alongside the Curiosity Rover -Join the unprecedented hunt for extrasolar planets -Unlock the mysteries of the cosmos with the iconic Hubble Space Telescope -Discover the latest findings in our solar system -See the future of space exploration with a preview of upcoming missions More/less