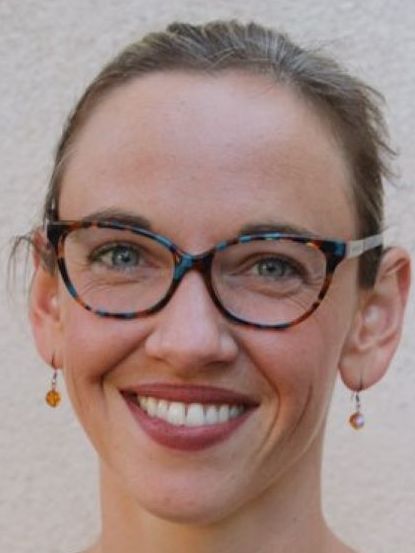 Robin C. Reineke is Assistant Research Social Scientist in Anthropology at the University of Arizona’s Southwest Center. Her research and teaching interests include science and technology studies, forensics, death and mourning, humanitarianism, global migration and the anthropology of violence. She is particularly interested in the ways that caring for the dead, whether through mourning, forensic investigation or humanitarianism, can reveal social structures, anxieties and inequalities. Dr. Reineke has done extensive research along the U.S.-Mexico border among forensic scientists, humanitarians, government officials and families of the missing and dead. This research compelled her to found the Missing Migrant Project in 2006 and co-found the Colibrí Center for Human Rights in 2013, a family advocacy organization working to end death and suffering on the US-Mexico border by partnering with families of the dead and the missing.

From Seattle, Washington, Reineke received a bachelor's in anthropology from Bryn Mawr College and a master’s and a doctorate in anthropology from the University of Arizona. Her work has been featured in the BBC, the New York Times, the Los Angeles Times, The Economist, The Nation and the documentary film, "Who Is Dayani Cristal?"  She was awarded the Institute for Policy Studies’ Letelier-Moffitt Human Rights Award and Echoing Green’s Global Fellowship in 2014. She is a contributor to the new book "The Border and its Bodies."

The Border and Its Bodies examines the impact of migration from Central America and México to the United States on the most basic social unit possible: the human body. It explores the terrible toll migration takes on the bodies of migrants—those who cross the border and those who die along the way—and discusses the treatment of those bodies after their remains are discovered in the desert. The increasingly militarized U.S.-México border is an intensely physical place, affecting the bodies of all who encounter it. The essays in this volume explore how crossing becomes embodied in individuals, how that embodiment transcends the crossing of the line, and how it varies depending on subject positions and identity categories, especially race, class, and citizenship. Timely and wide-ranging, this book brings into focus the traumatic and real impact the border can have on those who attempt to cross it, and it offers new perspectives on the effects for rural communities and ranchers. An intimate and profoundly human look at migration, The Border and Its Bodies reminds us of the elemental fact that the border touches us all. More/less