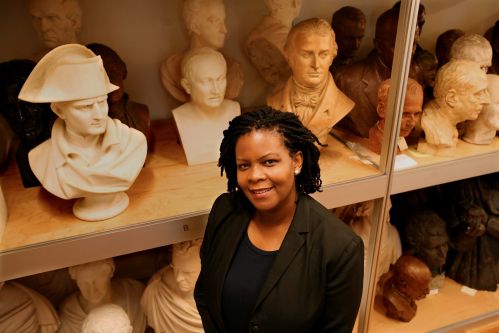 Annette Gordon-Reed is the Carl M. Loeb University Professor at Harvard. Gordon-Reed has won 16 book prizes, including the Pulitzer Prize in History in 2009 and the National Book Award in 2008. In addition to articles and reviews, her other works include "Thomas Jefferson and Sally Hemings: An American Controversy," "Vernon Can Read! A Memoir" and "Race on Trial: Law and Justice in American History." Her most recent book is "On Juneteenth."

She is the current President of the Ames Foundation. A selected list of her honors includes a fellowship from the Dorothy and Lewis B. Cullman Center for Scholars and Writers at the New York Public Library, a Guggenheim Fellowship in the humanities, a MacArthur Fellowship, the National Humanities Medal, the National Book Award, the Frederick Douglass Book Prize, the George Washington Book Prize and the Anisfield-Wolf Book Award. In 2019, she was elected as a member of the American Philosophical Society.

The Hemingses of Monticello: An American Family