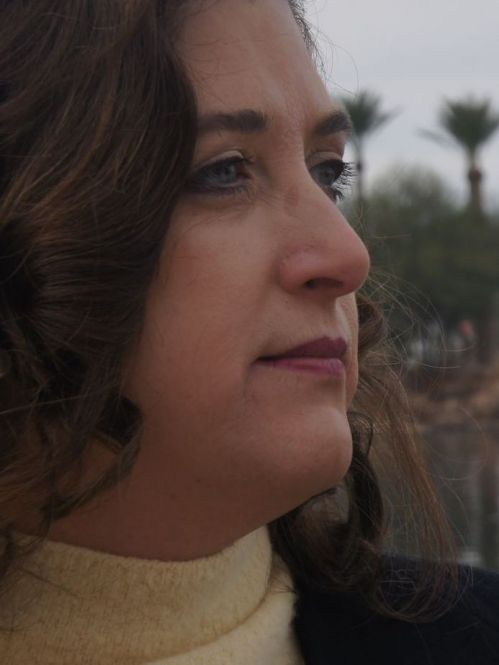 Wendolynn Jane Landers started the "Dieting after She Died," series on her self-titled blog in 2014. The first book with the series title was available in paperback in September of 2015. Wendy Landers completed the second book in the series, "LOVE & all its glory IS," in September of 2016. The last book in that series, "Just Let Time Pass," was published in September of 2017. The abridged series compilation, "Improvising to Beat the Band," was first available to the public in May of 2019 when the previous novella titles became out-of-print, although there are previously read paperbacks still available. The series chronicles the travails of a popular songwriter, Manon, as she recovers from illness and learns to write again.

Landers' has a master's degree in applied social research, a.k.a "polling." She currently resides in Arizona.

Improvising to Beat the Band
Fiction / Literature
Independently Published, sold by Amazon Digital Services LLC
May 2019
ISBN 9781090436504
381 pages
The author will make this book available for sale at the Author Pavilion during the Festival.

Sebastian planned for the lead guitarist to drive him to the sports complex where the concert would be played. Instead of the guitarist showing up, a self-driving van did. Sebastian received a text from an unknown number telling him to get into the van without further elaboration. Dreading where the van might take him, he cracked open the "driver's" side door, surprised that there was no steering wheel. The car wasn't designed for that road as the steering wheel was on the other side. Resigned, Sebastian crouched down in the "driver's" seat as the driverless van hurried through the night. Invisible in the black sky, a drone swooped down from its bird's eye view. The mini-helicopter stalked the right-side rear of the vehicle 10 feet above its roof. Alone on the road, the pitch-black van with a raven drone hovering about it blended uniformly between the stars. The only object visible was the stadium lights. Those lights formed a crescent cutting into the field near the road in the distance. Isolated and tense, Sebastian chanted to himself, No, no, no, no, no... The closer he got to the floodlights, the tighter his fists clenched as he leaned further into the crevice between the seat the the door. Sebastian murmured continuously, as though mere words could direct the van. His powerless lingered in his mouth with every syllable of his complete focus, No, no, no, no, no... The stadium floodlights magnetically drew this modern carriage to them. Sebastian watched the crescent grow wider as they moved closer to the stadium. Averting his eyes from the source of the floodlights, the reluctant passenger focused on the crescent barrier between light and darkness. No, no, no, no, no... About a quarter-mile from the stadium, the square van slowed, then decelerated suddenly as the van hit the tan gravel beside the road. Now the night possessed three colors: black, white, and tan. This was not the address he had the band's merchandise, tour t-shirts and logo cups, delivered to the day before. Stopping didn't mitigate the pull of those monstrous spotlights. The light beamed dread which tugged at him. He opened the van, then continued his itinerary by marching across the crunching gravel. Red police lights blinked in the distance. The blue of the police lights blended into the ground and the night sky. Sebastian studied the silhouettes of the band members with the police. Six officers paired with three musicians. Resisting arrest meant being drug along the ground handcuffed, with red and blue lights streaked across their faces. More/less