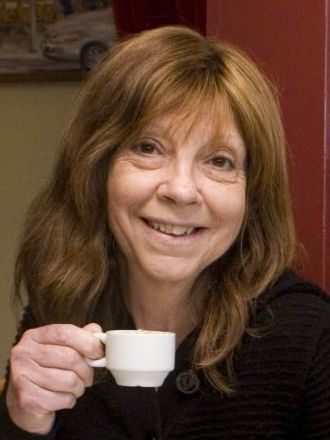 Cara Black was born in Chicago but lives in California’s Bay Area. Before turning to writing full-time, she tried her hand at a number of jobs: she was a barista in the Basel train station café in Switzerland, taught English in Japan, studied Buddhism in Dharamsala in Northern India and worked as a bar girl in Bangkok (only pouring drinks!). After studying Chinese history at Sophia University in Tokyo—where she met her husband, Jun, a bookseller, potter and amateur chef—she obtained her teaching credential at San Francisco State College. She went on to work as a preschool director and then as an agent of the federally funded Head Start program, which sent her into San Francisco’s Chinatown to help families there—often sweatshop workers—secure early care and early education for their children. Each of these jobs was amazing and educational in a different way, and the Aimée Leduc books are covered in fingerprints of Black’s various experiences

Her love of all things French was kindled by the French-speaking nuns at her Catholic high school, where Black first encountered French literature and went crazy for the work of Prix Goncourt winner Romain Gary. Her junior year in high school, she wrote him a fan letter, which he answered and which inspired her to make her first trip to Paris, where her idol took her out for coffee and a cigar. Since then, she has been to Paris many, many times. On each visit she entrenches herself in a different part of the city, learning its secret history. She has posed as a journalist to sneak into closed areas, trained at a firing range with real Paris flics, gotten locked in a bathroom at the Victor Hugo museum, and—just like Aimée—gone down into the sewers with the rats (she can never pass up an opportunity to see something new, even when the timing isn’t ideal—she was headed to a fancy dinner right afterward and had a spot of bother with her shoes). For the scoop on real Paris crime, she takes the flics out for drinks and dinner to hear their stories—it usually turns into a long evening, which is why she sticks with espresso. "Murder at the Porte de Versailles" is her latest book in the Aimée Leduc Investigations series.