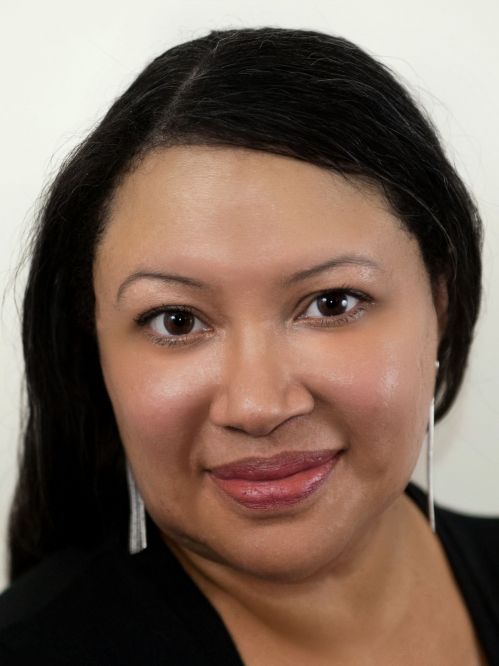 Rebecca Roanhorse is a New York Times best-selling and Nebula, Hugo, and Locus Award-winning speculative fiction writer and the recipient of the 2018 Astounding (Campbell) Award for Best New Writer.

Roanhorse has published multiple award-winning short stories and five novels, including two in The Sixth World Series, "Star Wars: Resistance Reborn," "Race to the Sun" for the Rick Riordan imprint, and her latest novel, the epic fantasy "Black Sun", which won the ALA Alex Award in 2021. She has also written for Marvel Comics and for television, and had projects optioned by Amazon Studios, Netflix and Paramount TV.

She lives in Northern New Mexico with her husband, daughter, and pup. She drinks a lot of black coffee.

The opening of Hugo and Nebula Award-winner Roanhorse's "Black Sun"- Between Earth and Sky series draws inspiration from the indigenous cultures of North and Central America to deliver a razor-sharp examination of politics, generational trauma, and the path to redemption. Sun Priest Naranpa, the highest religious authority in the holy city of Tova, faces prejudice for her low birth despite her high rank, and her radical desire for her priests to be more accessible to Tova's people makes her an object of resentment. Meanwhile, in the Obregi Mountains, a young boy named Serapio, raised to become the vessel of the god Grandfather Crow and take revenge for the Night of Knives, a massacre committed against his people, sets out to fulfill his destiny. Sea captain Xiala, a Treek who commands powerful sea-born magic, may be her own worst enemy of many, but she proves a welcome friend to Serapio as he voyages across the sea to avenge his people by ending the Sun Priest's reign. All three formidable characters are on a collision course that keeps the pages flying. Roanhorse strikes a perfect balance between powerful worldbuilding and rich thematic exploration as the protagonists struggle against their fates. Fantasy fans will be wowed. Won the 2020 ALA Alex Award. More/less