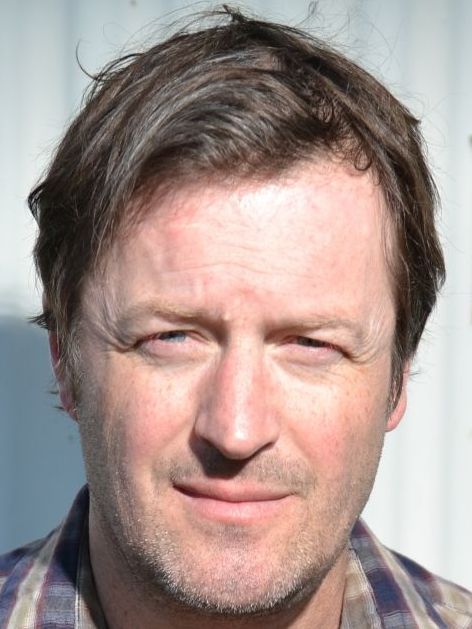 Born and raised in Reno, Nevada, Willy Vlautin started playing guitar and writing songs as a teenager and quickly became immersed in music. It was a Paul Kelly song, based on Raymond Carver’s "Too Much Water So Close to Home" that inspired him to start writing stories. Vlautin has published four novels: "The Motel Life," "Northline," "Lean on Pete" and "The Free." His fifth, "Don't Skip Out on Me," was published in 2019. Vlautin was also the founder and frontman of the critically acclaimed band Richmond Fontaine.

From award-winning author Willy Vlautin, comes this moving novel about a young ranch hand who goes on a quest to become a champion boxer to prove his worth. Horace Hopper is a half-Paiute, half-Irish ranch hand who wants to be somebody. He's spent most of his life on the ranch of his kindly guardians, Mr. and Mrs. Reese, herding sheep alone in the mountains. But while the Reeses treat him like a son, Horace can't shake the shame he feels from being abandoned by his parents. He decides to leave the only loving home he’s known to prove his worth by training to become a boxer. Mr. Reese is holding on to a way of life that is no longer sustainable. He’s a seventy-two-year-old rancher with a bad back. He’s not sure how he’ll keep things going without Horace but he knows the boy must find his own way. Coming down from the mountains of Nevada to the unforgiving desert heat of Tucson, Horace finds a trainer and begins to get fights. His journey to become a champion brings him to boxing rings of Mexico and finally, to the seedy streets of Las Vegas, where Horace learns he can’t change who he is or outrun his destiny. Willy Vlautin writes from America's soul, chronicling the lives of those who are downtrodden and forgotten with profound tenderness. Don't Skip Out on Me is a beautiful, wrenching story about one man's search for identity and belonging that will make you consider those around you differently. More/less

Fifteen-year-old Charley Thompson wants a home, food on the table, and a high school he can attend for more than part of a year. But as the son of a single father working in warehouses across the Pacific Northwest, Charley's been pretty much on his own. When tragic events leave him homeless weeks after their move to Portland, Oregon, Charley seeks refuge in the tack room of a run-down horse track. Charley's only comforts are his friendship with a failing racehorse named Lean on Pete and a photograph of his only known relative. In an increasingly desperate circumstance, Charley will head east, hoping to find his aunt who had once lived a thousand miles away in Wyoming—but the journey to find her will be a perilous one. In Vlautin's third novel, Lean on Pete, he reveals the lives and choices of American youth like Charley Thompson who were failed by those meant to protect them and who were never allowed the chance to just be a kid. More/less