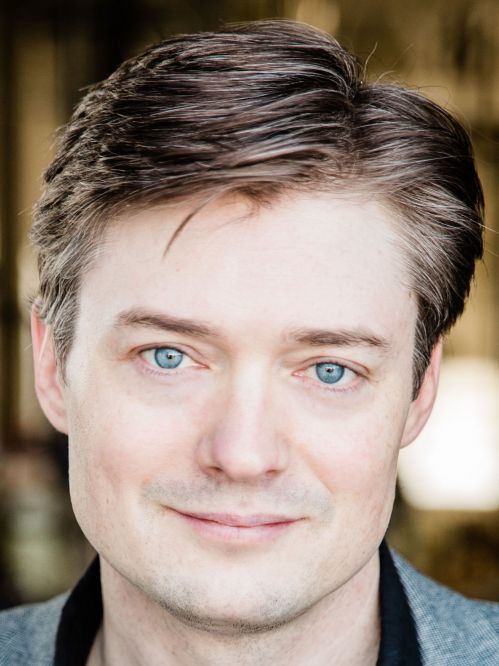 Andrew Rader is a mission manager at SpaceX with a doctorate from the Massachusetts Institute of Technology in long duration spaceflight. He’s an expert in the field of space exploration who’s authored more than a dozen technical papers and been featured in Slate, Motherboard, Vice, The Verge, Gizmodo, Space.com and The New York Times. As the winner of the Discovery Channel's number one competitive television series north of the border, "Canada's Greatest Know-it-All," he’s something of a hometown hero who’s been interviewed by dozens of Canadian media outlets.

Rader has authored "Beyond the Known: How Exploration Created the Modern World and Will Take us to the Stars" and the children’s books, "Rocket Science," "Epic Space Adventure," "Mars Rover Rescue" and "Europa Excursion." He’s also a tabletop game designer with several popular space, science and history games under his belt and a trivia aficionado whose team has twice taken home the $10,000 grand prize at North America’s largest live trivia contest, World Trivia Night.

In addition to his many other activities, Rader co-hosts the weekly podcast Spellbound along with YouTube celebrity Julian Smith, covering topics from science to economics to history and psychology. Rader also maintains his own YouTube channel, where he’s amassed more than eight million views on over a hundred videos including comedic selections like Cooking on Mars, Who Wants to be a Mega Trillionaire? and educational videos such as Getting to Another Star, How to Stop an Asteroid and excerpts from a popular spacecraft engineering course Rader taught at MIT.

From brilliant young polymath Andrew Rader—an MIT-credentialed scientist, popular podcast host, and SpaceX mission manager—an illuminating chronicle of exploration that spotlights humans’ insatiable desire to continually push into new and uncharted territory, from civilization’s earliest days to current planning for interstellar travel. For the first time in history, the human species has the technology to destroy itself. But having developed that power, humans are also able to leave Earth and voyage into the vastness of space. After millions of years of evolution, we’ve arrived at the point where we can settle other worlds and begin the process of becoming multi-planetary. How did we get here? What does the future hold for us? Divided into four accessible sections, Beyond the Known examines major periods of discovery and rediscovery, from Classical Times, when Phoenicians, Persians and Greeks ventured forth; to The Age of European Exploration, which saw colonies sprout on nearly continent; to The Era of Scientific Inquiry, when researchers developed brand new tools for mapping and traveling farther; to Our Spacefaring Future, which unveils plans currently underway for settling other planets and, eventually, traveling to the stars. A Mission Manager at SpaceX with a light, engaging voice, Andrew Rader is at the forefront of space exploration. As a gifted historian, Rader, who has won global acclaim for his stunning breadth of knowledge, is singularly positioned to reveal the story of human exploration that is also the story of scientific achievement. Told with an infectious zeal for traveling beyond the known, Beyond the Known illuminates how very human it is to emerge from the cave and walk toward an infinitely expanding horizon. More/less