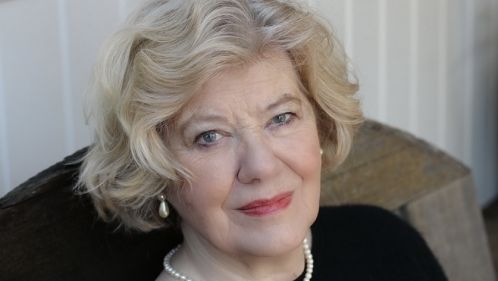 Anne Perry’s publishing career began with "The Cater Street Hangman." Published in 1979, this was the first book in the series to feature the Victorian policeman Thomas Pitt and his well-born wife Charlotte. This is arguably the longest sustained crime series by a living writer. "Murder on the Serpentine" is the latest in the series. She has now started a series featuring their son Daniel, beginning with "21 Days."

In 1990, Perry started a second series of detective novels with "The Face of a Stranger." These are set about 35 years before and features the private detective William Monk and volatile nurse Hester Latterly. The most recent of these is "Dark Tide Rising."

Perry won an Edgar award in 2000 with her short story “Heroes”. The main character in the story features in an ambitious five-book series set during the First World War, which were published between 2003 and 2007. Perry is now working on more titles in the Pitt and Monk series, both of which are under option.

None of her books has ever been out of print, and they have received critical acclaim and huge popular success: over 26 million books are in print worldwide. Her books have appeared on best-seller lists in a number of foreign countries, where she has also had excellent reviews. Her books regularly appear in The New York Times best-seller list and have also been best-sellers in France, Germany and Canada. The Times selected her as one of the “100 Masters of Crime”, and in 2015 she was awarded the Premio de Honor Aragón Negro.