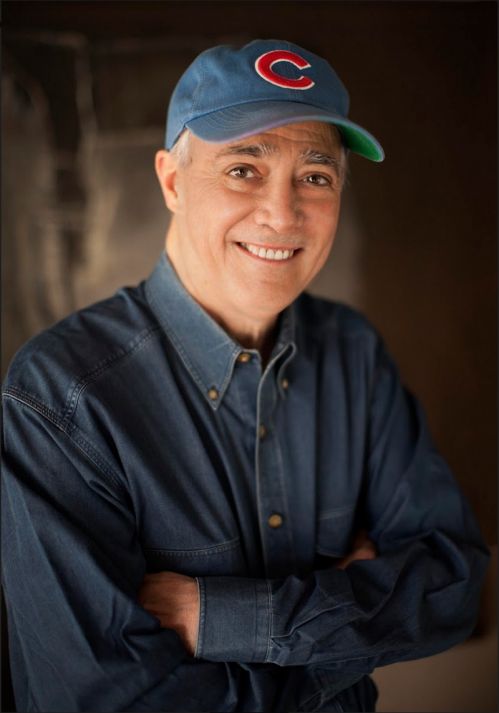 Scott Simon has won every major award in broadcasting for his personal essays, war reporting and commentary. He has reported from all 50 states, scores of foreign countries and eight wars. He hosts Weekend Edition with Scott Simon Saturday mornings on National Public Radio (which The Washington Post has called "the most literate, witty, moving, and just plain interesting news show on any dial"). He is also a special correspondent for CBS Sunday Morning. Scott is the author of several best-selling memoirs and novels, the most recent of which is "Sunnyside Plaza," for young readers, which has received starred reviews from Kirkus and Publisher's Weekly.

Wonder meets Three Times Lucky in a story of empowerment as a young woman decides to help solve the mystery of multiple suspicious deaths in her group home. Sally Miyake can't read, but she learns lots of things. Like bricks are made of clay and Vitamin D comes from the sun. Sally is happy working in the kitchen at Sunnyside Plaza, the community center she lives in with other adults with developmental disabilities. For Sally and her friends, Sunnyside is the only home they've ever known. Everything changes the day a resident unexpectedly dies. After a series of tragic events, detectives Esther Rivas and Lon Bridges begin asking questions. Are the incidents accidents? Or is something more disturbing happening? The suspicious deaths spur the residents into taking the investigation into their own hands. But are people willing to listen? Sunnyside Plaza is a human story of empowerment, empathy, hope, and generosity that shines a light on this very special world. More/less

Scott Simon, host of NPR's Weekend Edition Saturday, is a lifelong Chicago Cubs fan, and in MY CUBS he chronicles his adolescence in Chicago as a die-hard fan to tell the story of the relationship between the team and the neighbourhood and city, and how the condition of Cubness has both charmed and haunted the lives of so many fans. From theories and curses to jinxes and myths, Simon chronicles how a team of loveable losers inspired such fervour and dedication from their fans, and how their 2016 win transcended sports to become an underdog narrative for the whole nation. More/less