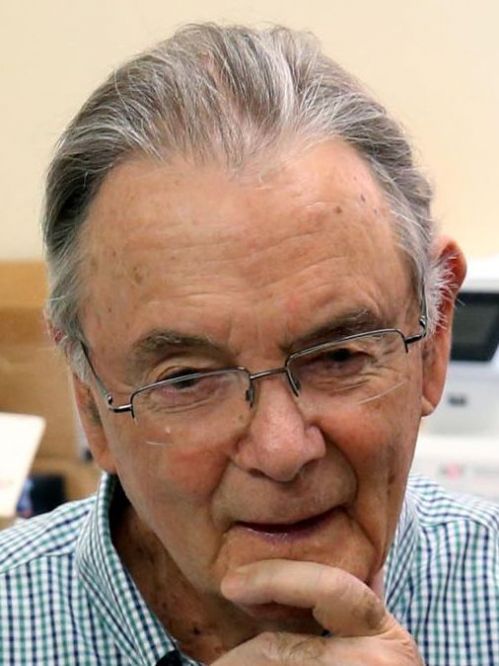 John P. Warnock, professor emeritus of English at the University of Arizona, has been working on a five-volume project that is a memoir of his education combined with an education about nuclear weapons and the arms race from 1939 to 1989. As he worked on it, he developed an extensive chronology that included Tucson events and which took on a life of its own, as he puts it. Warnock had a new project, "Tucson: A Place Making." With some updates, it is now published as “Tucson: A Drama in Time.”  Warnock says that when he is out and about and people learn of his book and chronology, most have a story to tell of their family connection to the history of Tucson. Warnock’s book is a history of the people of Tucson, the land, the cultures that made it and the community it was and has become.

This account of the drama in time that is Tucson begins not with the founding of the Presidio San Agustín on August 20, 1775, but with the emergence of Sentinel Peak in geologic deep time. It ends -- "To be continued" -- in 2014. It spans the periods of precontact with Europeans, Spanish colonization, Mexican nationhood, the territorial West, early and Depression era statehood, and the development of metropolitan Tucson after World War II. It offers not one definitive historical account but a collection of stories in which threads appear that may disappear beneath the surface for a while and reappear later, like some desert streams. It leaves spaces for, and invites the stories of, its readers. More/less
Beauty: The Making of a Custom Guitar
Memoir / Essays / Creative Nonfiction
Wheatmark
December 2019
ISBN 9781627877343
152 pages