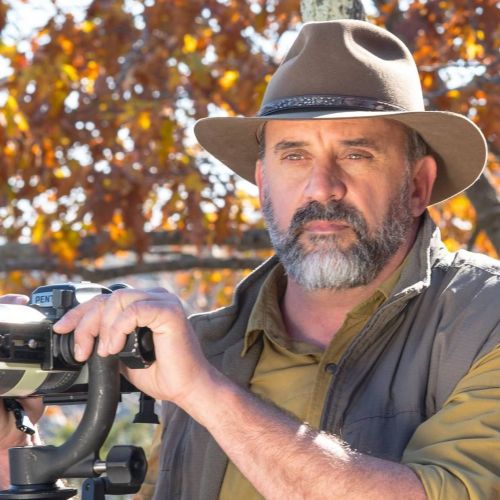 Frank Lee Ruggles has about as mysterious and impressive a resumé as one can imagine. He carried a machine gun for four years as a U.S. Army Paratrooper, was a First Sergeant in the Virginia State Guard as a Military Police Officer, and even parachuted with the 82nd Airborne division into Panama... and then, he followed that up with a completely different career; following in the footsteps of his photographic hero; the late, great Ansel Adams. This former military-man-turned-critically-acclaimed-photographer has held the esteemed position as an Official EMINENT Photographer for the United States National Park Service from 2007 through 2011, a position only held by a handful of people in the 100 year history of the NPS. In combining two such different lives, Ruggles has found himself in the role of Warrior-Artist, and he is using his unique skills to advocate for the conservation and preservation of our National Parks and other natural places.

Frank's photographic works can be seen in galleries and public buildings across the country. His photographs hang in private collections next to the works of Adams as well and have been featured in countless magazines and even a few TV shows. His newest book, "Chasing Light: An Exploration of the American Landscape," is in book stores across the country and is available at most national parks.