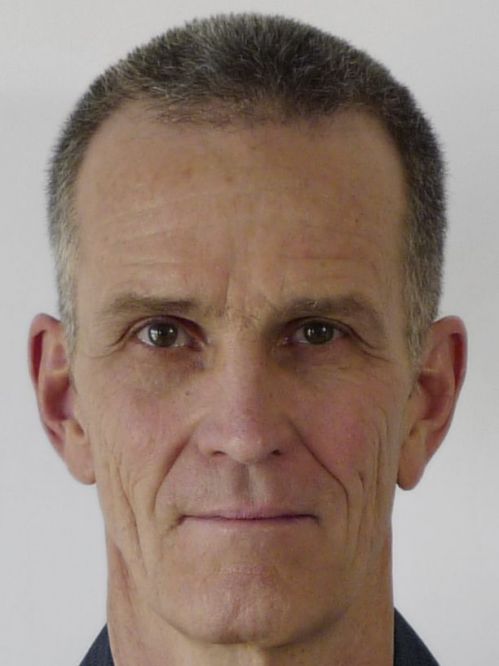 Michael P. Berman now wanders the terrain of the American West and Mexico Norteno, and more recently, the Gobi of Mongolia. In another life, in his first and perhaps only paying job, he worked as a biologist with peregrine falcons in early endangered species studies in Colorado. Ever since that time he has continued looking at ecological systems while photographing the land and exploring the boundary of art and science.

He was awarded a Guggenheim Fellowship in 2008 to photograph the Chihuahuan Desert. He has received painting fellowships from the Arizona Commission on the Arts and the Wurlitzer Foundation. His photographs are included in the collections of the Metropolitan Museum of Art, the Amon Carter Museum and the Museum of New Mexico. He has received grants for environmental work from the McCune and Lannan Foundations. In 2013, he was honored with the Governor’s Award for Excellence in the Arts in New Mexico.

His most recent book is "Perdido: Sierra San Luis." Other books include, “Gila: The Enduring Silence” and the first and third books of a border trilogy with writer Charles Bowden, "Inferno" and "Trinity." Michael was born in New York City in 1956 and now lives in Silver City, New Mexico.

The remarkable Sierra San Luis forms the nexus of the Sierra Madres and the Rocky Mountains. The range runs north-south in the shape of a sleeping lizard. The high narrow pyramid of a head, Animas Peak, rests in the bootheel of New Mexico, and with a thin neck draped across the border the slumbering body curls into the Mexican states of Chihuahua and Sonora. Along the spine is a high ridge covered with sparse patches of six kinds of pine trees. The slope on the east side descends into the Chihuahuan Desert, a landscape of small mountains spotted with scrub oaks, sotol, and junipers that float in a sea of dry, yellow grasslands. To the west, on the horizon, sharp mountains and hard country fall off into the Sonoran Desert. This book brings attention to the question of how we protect the land at a seminal point in time. Berman wandered the Mexican borderlands occupied by ranchers, wildlife, and narcos. His documentation--photographs and words--explores the meaning of the beautiful and rugged landscape and provides a poetic understanding of how one learns to see the land. As Berman notes, the ecological systems on the planet are failing, yet in the Sierra San Luis the collapse has reversed itself--water, soil, and ecological diversity are all increasing in quantity and improving in quality. Why here and nowhere else? Adding to Berman's photography and commentary, the book includes an essay by Rodrigo Sierra Corona, a biologist and ecologist who created one of the first biosphere reserves in Mexico along the US-Mexico border. He draws from his work to discuss the evolution of his vision and how a private reserve fits into the difficult task of land conservation in Mexico. In his evocative foreword, climate activist Tim DeChristopher remarks upon the "humbling reality of the mountains" and urges the importance of fighting to protect the earth. Rancher and conservationist Valer Clark contributes the afterword. More/less

Charles Bowden has been an outspoken advocate for the desert Southwest since the 1970s. Recently his activism helped persuade the U.S. government to create the Sonoran Desert National Monument in southern Arizona. But in working for environmental preservation, Bowden refuses to be one who “outline[s] something straightforward, a manifesto with clear rules and a set of plans for others to follow.” In this deeply personal book, he brings the Sonoran Desert alive, not as a place where well-meaning people can go to enjoy “nature,” but as a raw reality that defies bureaucratic and even literary attempts to define it, that can only be experienced through the senses. Inferno burns with Charles Bowden's passion for the desert he calls home. “I want to eat the dirt and lick the rock. Or leave the shade for the sun and feel the burning. I know I don't belong here. But this is the only place I belong,” he says. His vivid descriptions, complemented by Michael Berman's acutely observed photographs of the Sonoran Desert, make readers feel the heat and smell the dryness, see the colors in earth and sky, and hear the singing of dry bones across the parched ground. Written as “an antibiotic” during the time Bowden was lobbying the government to create the Sonoran Desert National Monument, Inferno repudiates both the propaganda and the lyricism of contemporary nature writing. Instead, it persuades us that “we need these places not to remember our better selves or our natural self or our spiritual self. We need these places to taste what we fear and devour what we are. We need these places to be animals because unless we are animals we are nothing at all. That is the price of being a civilized dude.” More/less