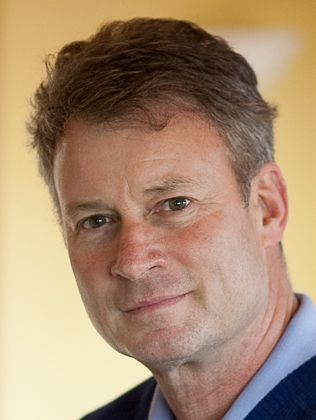 Timothy Egan comes from a family of nine, from a mother who loved books and a father with the Irish gift of finding joy in small things. He worked on a farm, in a factory and at a fast-food outlet while muddling through nearly seven on-and-off years of college.

He is the author of nine books. His most recent, "A Pilgrimage to Eternity," has just been published. This is a very personal book, an adventure on an ancient pilgrimage trail through the heart of Europe, the Via Francigena. It’s a journey, a family story and a history of Christianity.

His most recent book, "The Immortal Irishman," was a New York Times bestseller. His book on Edward Curtis, "Short Nights of the Shadow Catcher," was awarded the Carnegie Award for best nonfiction. His account of the Dust Bowl, "The Worst Hard Time," won the 2006 National Book Award, considered one of the nation’s highest literary honors, and he was featured prominently in the 2012 Ken Burns film on the Dust Bowl.

A lifelong journalist, Egan now writes an online opinion column for The New York Times. Prior to that, Egan worked as a national correspondent for the Times, roaming the West. As a Times correspondent, he shared a Pulitzer Prize in 2001 with a team of reporters for its series, “How Race is Lived in America.”

A graduate of the University of Washington, Egan also holds honorary doctorates from Whitman College, Willamette University, Lewis and Clark College, and Western Washington University. A third-generation Westerner and father of two, Egan lives in Seattle, a city that loves writers, and honored him once by naming May 12 a day in his honor – alas, no exemption from parking tickets.

Following an ancient pilgrimage route a thousand miles from Canterbury to Rome, the bestselling and award-winning writer weaves history and culture into an exploration of why Christianity is struggling in the world it created. He is accompanied by fellow pilgrims and by the towering figures of the faith: Joan of Arc, Henry VIII, Martin Luther. The goal: walking to Saint Peter's Square over the old Roman road, in hopes of meeting the pope who is struggling to hold together the world's 1.3 billion Roman Catholics. More/less

New York Timesbestseller "Without a shadow of a doubt this is one of the finest Irish American books ever written. " --Niall O'Dowd,Irish America "Egan has a gift for sweeping narrative . . . This is masterly work." --New York Times Book Review The Irish American story, with all its twists and triumphs, is told through the improbable life of one man. A dashing young orator during the Great Famine of the 1840s, Thomas Francis Meagher led a failed uprising against British rule, for which he was banished to a Tasmanian prison colony. But six months later, he was "back from the dead" in New York, instantly the most famous Irishman in America. Meagher's rebirth in America included his leading the newly formed Irish Brigade from New York in many of the fiercest battles of the Civil War. Twice shot from his horse while leading charges, left for dead in the Virginia mud, Meagher dreamt that Irish American troops, seasoned by war, would return to Ireland and liberate their homeland from British rule. In this "irresistible story, irresistibly retold . . . with an Irishman's flair for the tragic, poetic anddramatic" (Wall Street Journal), National Book Award winner Timothy Egan delivers a story, both rollicking and haunting, of one of the most famous Irish Americans of all time. More/less