To Challenge or Conform? Acting with Agency

Teens claim agency to resist societal expectations and excel on their own terms. Gene Luen Yang chronicles the winning season of a high school basketball team, while Scott Simon focuses on a group home for those with intellectual disabilities and Brandy Colbert depicts a small town in which the only Black girls uncover a secret past.

Brandy Colbert is the award-winning author of "The Revolution of Birdie Randolph," "Little & Lion," "Finding Yvonne" and "Pointe." Her middle grade debut, "The Only Black Girls in Town," will be available March 24, 2020, followed by her next young adult novel, "The Voting Booth," in July 2020....

Scott Simon has won every major award in broadcasting for his personal essays, war reporting and commentary. He has reported from all 50 states, scores of foreign countries and eight wars. He hosts Weekend Edition with Scott Simon Saturday mornings on National Public Radio (which The Washington Post has called "the most literate, witty, moving, and just plain interesting news show on any dial").... 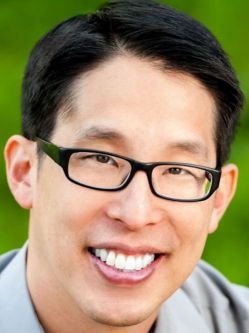 Gene Luen Yang writes and sometimes draws comic books and graphic novels. "American Born Chinese," his first graphic novel from First Second Books, was a National Book Award finalist as well as the winner of the Printz Award and an Eisner Award....