Mark Salter, the long-time confidant and advisor of the late Senator John McCain, reviews the life of this hero and legend we came to know through his many years of public service. At the same time, Salter reveals aspects of McCain we have not heard before. The author of "The Luckiest Man: Life with John McCain" tells the stories McCain was too modest to tell himself and reflects on an influential life that will be long remembered by Arizonans. 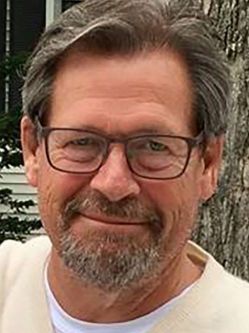 Mark Salter is an American speechwriter from Davenport, Iowa, known for his collaborations with United States Senator John McCain on several nonfiction books as well as on political speeches. Salter has collaborated with John McCain on all seven of their books, including "The Restless Wave," "Faith of My Fathers," "Worth the Fighting For," "Why Courage Matters," "Character Is Destiny," "Hard Call" and "Thirteen Soldiers....