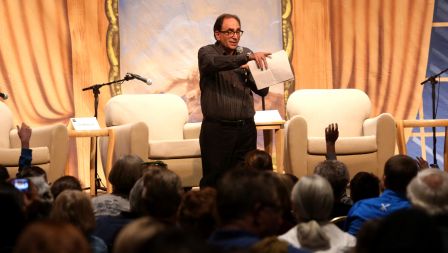 Writer R.L. Stine, who was given the 2013 Founder's Award, tries to create an impromptu story with help of the audience during the fifth Tucson Festival of Books at the University of Arizona. (A.E. Araiza/Arizona Daily Star)

The Founders Award, established in 2011, honors literary achievement that has captivated our imagination and whose body of work will be an inspiration to readers, writers and booklovers. The Founders Award is presented at the Authors Table Dinner on the University of Arizona campus and attracts 900 patrons.

Past recipients of this coveted award are: