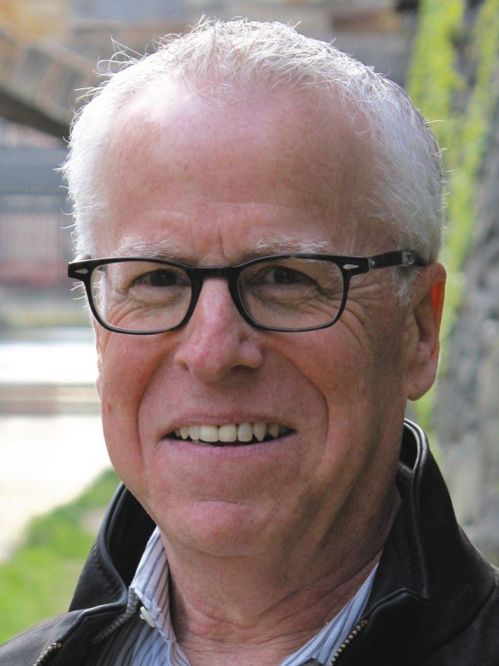 A keen observer of the inner workings of Washington, D.C. for three decades, Tom Rosenstiel is one of the country’s most recognized thinkers on the intersection of media and politics and the future of journalism.

Before turning to fiction, he was the author of seven nonfiction books, including "The Elements of Journalism" (written with his friend and former New York Times bureau chief Bill Kovach), which has been translated into more than 25 languages worldwide and hailed as “the most important book on the relationship of journalism and democracy published in the last fifty years" and one of the five "essential books" on journalism.

Rosenstiel chose to make consultants his heroes rather than journalists, he says, because political novels are forward-looking. Unlike murder mysteries, which solve crimes that have already happened, the mystery in politics novels is typically a dangerous plan that has been set in motion and must be stopped. What’s more, the true story is is usually never fully made public. Journalists, Rosenstiel notes, are not in the business of keeping things secret; they don’t usually know things until after they’ve happened; and they rarely know the whole story.

Before writing novels, Rosenstiel founded and for 16 years directed the Project for Excellence in Journalism, one of the five founding projects of the Pew Research Center. He was also a reporter and editor.

In his career as a journalist, press critic and media researcher, Rosenstiel has written about politics, campaigns, Congress, culture, technology, journalism, media and ethics and has lectured and consulted on journalism extensively in the United States and overseas. He is currently executive director of the American Press Institute, a think tank on making news sustainable, and a non-resident senior fellow at the Brookings Institution.

He was a press critic at the Los Angeles Times for a decade, a Washington correspondent for The Times, a commentator on media for MSNBC and chief congressional correspondent for Newsweek and a reporter for Jack Anderson's Washington Merry Go Round. He also worked at the Peninsula Times Tribune and the Country Almanac in his hometown in Woodside, Calif.