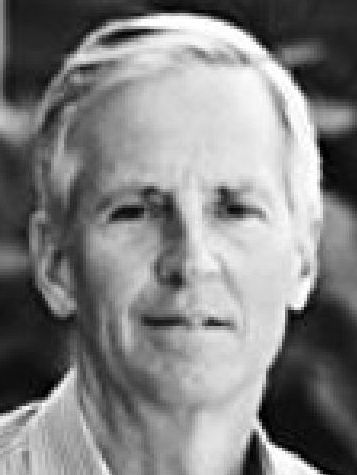 Evan Thomas is the author of 10 books, including the New York Times bestsellers "John Paul Jones," "Sea of Thunder" and "Being Nixon." Thomas was a writer, correspondent and editor for 33 years at Time and Newsweek, including 10 years as Washington bureau chief at Newsweek, where, at the time of his retirement in 2010, he was editor-at-large.

He wrote more than 100 cover stories and in 1999 won a National Magazine Award. He wrote Newsweek’s election specials in 1996, 2000, 2004 (winner for Newsweek of the National Magazine Award) and 2008. He appears on many TV and radio talk shows, including Meet the Press and Morning Joe. Thomas has taught writing and journalism at Harvard and Princeton, where, from 2007 to 2014, he was Ferris Professor of Journalism.

"Based on exclusive interviews and access to the Supreme Court archives, this is the intimate, inspiring, and authoritative biography of America's first female Justice, Sandra Day O'Connor--by New York Times bestselling author Evan Thomas. She was born in 1930 in El Paso and grew up on a cattle ranch in Arizona. At a time when women were expected to be homemakers, she set her sights on Stanford University. When she graduated near the top of her class at law school in 1952, no firm would even interview her. But Sandra Day O'Connor's story is that of a woman who repeatedly shattered glass ceilings--doing so with a blend of grace, wisdom, humor, understatement, and cowgirl toughness. She became the first-ever female majority leader of a state senate. As a judge on the Arizona State Court of Appeals, she stood up to corrupt lawyers and humanized the law. When she arrived at the Supreme Court, appointed by Reagan in 1981, she began a quarter-century tenure on the court, hearing cases that ultimately shaped American law. Diagnosed with cancer at fifty-eight, and caring for a husband with Alzheimer's, O'Connor endured every difficulty with grit and poise. Women and men today will be inspired by how to be first in your own life, how to know when to fight and when to walk away, through O'Connor's example. This is a remarkably vivid and personal portrait of a woman who loved her family and believed in serving her country, who, when she became the most powerful woman in America, built a bridge forward for the women who followed her"-- More/less