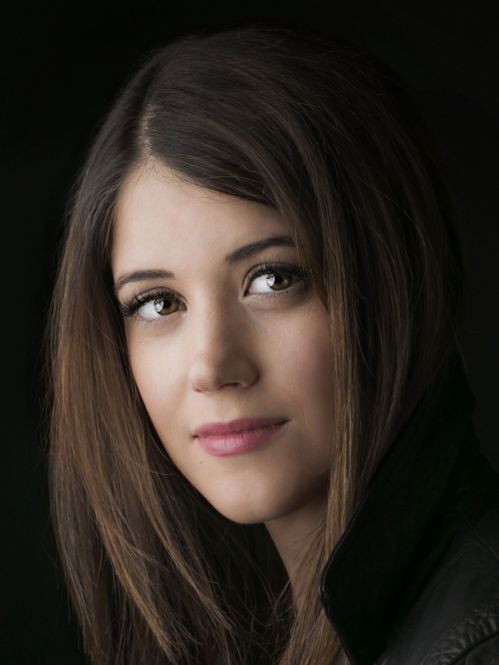 Alexandra Bracken is the number one New York Times bestselling author of The Darkest Minds series and Passenger series. Born and raised in Arizona, she moved east to study history and English at the College of William and Mary in Virginia. After working in publishing for several years, Bracken now writes full time. Her work is available across the world in over 15 languages and has been adapted for the big screen. Her recent books are "The Princess, The Scoundrel, and the Farmboy" and “Last Life of Prince Alastor.”

Three hundred years ago, fate bound Prosper Redding and Prince Alastor of the Third Realm together. Now the human boy and fiend heir to the demon kingdom must put aside a centuries-old blood feud to save everything they love. Alastor will guide Prosper through the demon realm-under one huge condition: Prosper must enter into a contract with the malefactor residing in him, promising eternal servitude in the afterlife. With Prosper's sister in the clutches of the evil queen Pyra, Prosper has no choice but to agree. But when they arrive in Alastor's deliciously demonic home, the realm is almost as alien to Alastor as it is to Prosper-the lowest fiends have dethroned the ruling malefactors, while an unfathomable force called the Void is swiftly consuming the realm. The desperate fiends cling to the one person who says she can stop it: Pyra. As Prosper embarks on a perilous rescue mission to the Tower of No Return, he can't help but feel for the demons losing their home-even Alastor, who lives by a set of rules that have vanished in a new world. With the fates of humans and demons at odds, the battle lines are drawn. Long ago, Prosper's ancestor Honor Redding proved that humans and demons could never be friends. But is Prosper like his ancestor? And is Alastor the same demon who was betrayed by the one human he cared for? More/less

Book one in the hit series that's soon to be a major motion picture starring Amandla Stenberg and Mandy Moore--now with a stunning new paperback look and an exclusive bonus short story featuring Liam and his brother, Cole. When Ruby woke up on her tenth birthday, something about her had changed. Something alarming enough to make her parents lock her in the garage and call the police. Something that got her sent to Thurmond, a brutal government "rehabilitation camp." She might have survived the mysterious disease that killed most of America's children, but she and the others emerged with something far worse: frightening abilities they cannot control. Now sixteen, Ruby is one of the dangerous ones. But when the truth about Ruby's abilities--the truth she's hidden from everyone, even the camp authorities--comes out, Ruby barely escapes Thurmond with her life. On the run, she joins a group of kids who escaped their own camp: Zu, a young girl haunted by her past; Chubs, a standoffish brainiac; and Liam, their fearless leader, who is falling hard for Ruby. But no matter how much she aches for him, Ruby can't risk getting close. Not after what happened to her parents. While they journey to find the one safe haven left for kids like them--East River--they must evade their determined pursuers, including an organization that will stop at nothing to use Ruby in their fight against the government. But as they get closer to grasping the things they've dreamed of, Ruby will be faced with a terrible choice, one that may mean giving up her only chance at a life worth living. More/less