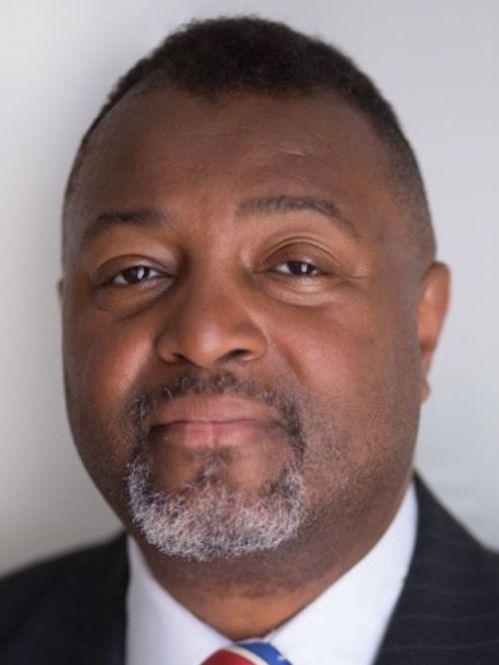 Malcolm Nance is an Arabic-speaking former naval counter-terrorism and intelligence officer specializing in the Middle East, a combat veteran, Survival, Evasion, Resistance and Escape (SERE) expert, historian and author. An analyst for NBC News and MSNBC, he spent 35 years participating in field and combat intelligence activity, including both covert and clandestine anti and counter-terrorism support to national intelligence agencies. He is a member of the Board of Advisors at the International Spy Museum in Washington D.C., and is honored as one of the noteworthy African-Americans in Espionage and featured in the Academy award-nominated documentary Dirty Wars. MSNBC labeled him one the "unsung national security genius of our time." He is presently executive director of the Terror Asymmetrics Project on Strategy, Tactics and Radical Ideologies (TAPSTRI) in Hudson, N.Y. His latest book is "The Plot to Betray America: How Team Trump Embraced Our Enemies, Compromised Our Security, and How We Can Fix It."

The Plot to Betray America: How Team Trump Embraced Our Enemies, Compromised Our Security, and How We Can Fix It
Current Issues / Politics / Social Science
Hachette
November 2019
ISBN 9780316535762
352 pages
$28.00, INSTOCK
Buy now

A searing investigation and spy hunt for the American officials complicit in the Trump-Russia conspiracy and a case for the indictment of Donald Trump. MSNBC counterterrorism analyst and New York Times bestselling author Malcolm Nance was the first person to blow the whistle on Russia's hacking of the 2016 election and to reveal Vladmir Putin's masterplan. Now, in THE PLOT TO COMMIT TREASON, Nance provides a detailed assessment of how Donald Trump lead a cabal of American financial charlatans, political opportunists and power-hungry sycophants to eagerly betray the nation in order to execute a Russian inspired plan to place him, a Kremlin-friendly President in power. It details an evidence-based conspiracy of a ravenously avaricious family leading an administration of political mercenaries who plotted to dismantle 244 years of American democracy and break up the American-led world order since WWII. Seduced by promises of riches dangled in front of them by Putin, the Trump administration has been was caught trying to use all of its political power to stop investigations by US Intelligence and the Special Counsel to conceal the greatest betrayal in American history: The sale of the American presidency to foreign adversaries. THE PLOT TO COMMIT TREASON will unscramble the framework and strategies used by the Republican Party and non-state conspirators, including Rudy Guiliani, Mitch McConnell, Jeff Sessions, and more. Nance's in-depth research and interviews with intelligence experts and insiders illustrate Trump's deep financial ties to Russia through his family's investments, the behaviors of his pro-Moscow associates and the carefully crafted seduction of numerous Americans by Russian intelligence led to work with Vladimir Putin to betray the nation. In what reads like a fast-paced geopolitical spy-thriller, Nance clarifies the spiders web of relationships both personal and financial (including Russia and American based mafia) that lead back to the Kremlin. THE PLOT TO COMMIT TREASON provides a step-by-step blueprint of how and why Trump will be brought to justice. More/less

NEW YORK TIMES BESTSELLER USA TODAY BESTSELLER A provocative, comprehensive analysis of Vladimir Putin and Russia's master plan to destroy democracy in the age of Donald Trump. In the greatest intelligence operation in the history of the world, Donald Trump was made President of the United States with the assistance of a foreign power. For the first time, The Plot to Destroy Democracy reveals the dramatic story of how blackmail, espionage, assassination, and psychological warfare were used by Vladimir Putin and his spy agencies to steal the 2016 U.S. election--and attempted to bring about the fall of NATO, the European Union, and western democracy. It will show how Russia and its fifth column allies tried to flip the cornerstones of democracy in order to re-engineer the world political order that has kept most of the world free since 1945. Career U.S. Intelligence officer Malcolm Nance will examine how Russia has used cyber warfare, political propaganda, and manipulation of our perception of reality--and will do so again--to weaponize American news, traditional media, social media, and the workings of the internet to attack and break apart democratic institutions from within, and what we can expect to come should we fail to stop their next attack. Nance has utilized top secret Russian-sourced political and hybrid warfare strategy documents to demonstrate the master plan to undermine American institutions that has been in effect from the Cold War to the present day. Based on original research and countless interviews with espionage experts, Nance examines how Putin's recent hacking accomplished a crucial first step for destabilizing the West for Russia, and why Putin is just the man to do it. Nance exposes how Russia has supported the campaigns of right-wing extremists throughout both the U.S. and Europe to leverage an axis of autocracy, and how Putin's agencies have worked since 2010 to bring fringe candidate Donald Trump into elections. Revelatory, insightful, and shocking, The Plot To Destroy Democracy puts a professional spy lens on Putin's plot and unravels it play-by-play. In the end, he provides a better understanding of why Putin's efforts are a serious threat to our national security and global alliances--in much more than one election--and a blistering indictment of Putin's puppet, President Donald J. Trump. More/less