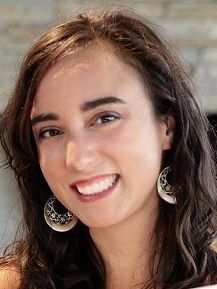 Amira K. Makansi is the author of "The Paths Between the Stars," a young adult science fiction-fantasy novel, "Literary Libations: What to Drink With What You Read," an informal guide to pairing great drinks with famous books, and a co-author of the Seeds trilogy. Makansi graduated from the University of Chicago with a degree in history and began pursuing a career in wine. She spent her first few years climbing around stacks of wine barrels and hoeing weeds out of vineyards in France. She got into writing accidentally, when her mother had a crazy dream and wanted to turn it into a book. That book became "The Sowing," the first book in the young adult dystopian SEEDS series, which has been optioned for a Hollywood production. "The Paths Between the Stars" is her fifth book and her second solo book. When not writing, Makansi spends her days hiking, running, skiing and rafting through the wilds of Oregon with her dog, Alder.