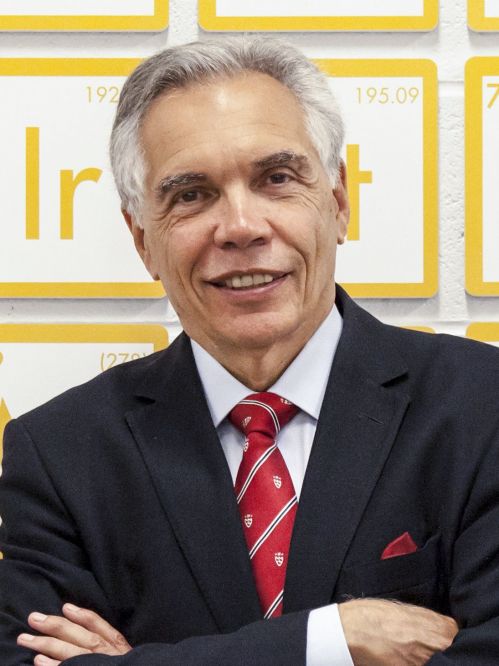 Joe Schwarcz is Director of the McGill University Office for Science and Society. He is well known for his informative and entertaining public lectures on topics ranging from the chemistry of love to the science of aging. Schwarcz has received numerous awards for teaching chemistry and for interpreting science for the public and is the only non-American ever to win the American Chemical Society’s prestigious Grady-Stack Award for demystifying chemistry. He hosts "The Dr. Joe Show" on Montreal's CJAD and has appeared hundreds of times on The Discovery Channel, CTV, CBC, TV Ontario and Global Television.

He is also an amateur conjurer and often spices up his presentations with a little magic. Schwarcz also writes a newspaper column titled The Right Chemistry and has authored a number of books including bestsellers, "Radar," "Hula Hoops and Playful Pigs," "The Genie in the Bottle," "The Right Chemistry," "An Apple a Day," "Is That a Fact?" and "Monkeys, Myths, and Molecules." Schwarcz was awarded the 2010 Montreal Medal, the Canadian Chemical Institute’s premier prize recognizing lifetime contributions to chemistry in Canada. In 2015, he was named winner of the Balles Prize for critical thinking by the U.S.-based Committee for Skeptical Inquiry in recognition of his 2014 book, "Is That a Fact?"

His current book is "A Grain of Salt: The Science and Pseudoscience of What We Eat."

Bestselling popular science author Dr. Joe Schwarcz debunks the baloney and serves up the raw facts in this appetizing collection about the things we eat Eating has become a confusing experience. Should we follow a keto diet? Is sugar the next tobacco? Does fermented cabbage juice cure disease? Are lectins toxic? Is drinking poppy seed tea risky? What's with probiotics? Can packaging contaminate food? Should our nuts be activated? What is cockroach milk? We all have questions, and Dr. Joe Schwarcz has the answers, some of which will astonish you. Guaranteed to satisfy your hunger for palatable and relevant scientific information, Dr. Joe separates fact from fiction in this collection of new and updated articles about what to eat, what not to eat, and how to recognize the scientific basis of food chemistry. More/less
Is That a Fact?: Frauds, Quacks, and the Real Science of Everyday Life
Science / Medicine / Technology
ECW Press
May 2014
ISBN 9781770411906
285 pages
$17.95, OUTOFSTOCK
Buy now

Organic is better for you .. no, it's not. Scientists just discovered a miracle weight-loss food. .. no, wait, it's actually bad for you. Schwarcz help you separate fact from fiction amid the storm of misinformation that today's media throws at us. More/less