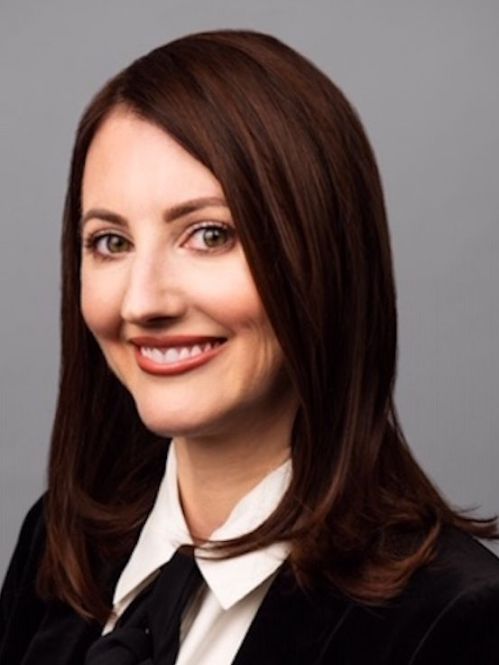 Erin Carlson is the author of "I'll Have What She's Having: How Nora Ephron's Three Iconic Films Saved the Romantic Comedy." Carlson has covered the entertainment industry for The Hollywood Reporter and the Associated Press. Her work has appeared in Glamour, Fortune and the Los Angeles Times, and she holds a master's in journalism from Northwestern University.

An entertaining and affectionate portrait of legendary actress Meryl Streep's work, exploring her trailblazing roles in film, her feminist activism, and the indelible mark she's left on pop culture. Meryl Streep is the most celebrated actress of our time. She's a chameleon who disappears fully into each character she plays. She never tackles the same role twice. Instead, she leverages her rarified platform to channel a range of tough, complicated women--Margaret Thatcher, Karen Silkwood, the Anna Wintour avatar Miranda Priestly--rather than limit herself to marginal roles for which other actresses must settle: Supportive Wife. Supportive Mother. Supportive Yet Utterly Disposable Love Interest to the Leading Man. Streep will have none of that. The once-awkward, frizzy-haired suburban teen blossomed into a rising ingénue who quickly made a name on stage at Vassar College and the Yale School of Drama, where she pursued prestigious theater degrees. She came of age during the women's movement of the Sixties and Seventies, and has worn her activism on her sleeve even when it was unfashionable. When she reached 40, the age when many leading ladies in Hollywood fully transition to those "supportive" roles, Streep plunged forward, taking her pick of parts that interested her and winning a pile of awards along the way. She's broken records with 16 Oscar nominations, winning Best Actress twice for Sophie's Choice and The Iron Lady and Best Supporting Actress for Kramer vs. Kramer. Meanwhile, she remained an unlikely box-office draw, her clout even managing to grow with age: The Devil Wears Prada, starring Streep as a brilliant and sadistic magazine editrix, scored $125 million worldwide. Her next film, Mary Poppins Returns, with Emily Blunt and Lin Manuel Miranda, is poised for bigger success. Queen Meryl will pay tribute to the fearless icon, documenting all of her accents, Oscars, highs, lows, friendships, and feuds. It will also explore her "off-brand" forays into action-adventure (The River Wild) and musicals (Mamma Mia!), and how she managed to do a lot with a little, and sneak her feminism into each character. In the spirit of Notorious RBG and The Tao of Bill Murray, two bestsellers as nontraditional as Ruth Bader Ginsburg and Bill Murray, Queen Meryl will transmit joy in homage to its allegedly serious subject. More/less

A backstage look at the making of Nora Ephron's revered trilogy--When Harry Met Sally, You've Got Mail, and Sleepless in Seattle--which brought romantic comedies back to the fore, and an intimate portrait of the beloved writer/director who inspired a generation of Hollywood women, from Mindy Kaling to Lena Dunham. In I'll Have What She's Having entertainment journalist Erin Carlson tells the story of the real Nora Ephron and how she reinvented the romcom through her trio of instant classics. With a cast of famous faces including Rob Reiner, Tom Hanks, Meg Ryan, and Billy Crystal, Carlson takes readers on a rollicking, revelatory trip to Ephron's New York City, where reality took a backseat to romance and Ephron--who always knew what she wanted and how she wanted it--ruled the set with an attention to detail that made her actors feel safe but sometimes exasperated crew members. Along the way, Carlson examines how Ephron explored in the cinema answers to the questions that plagued her own romantic life and how she regained faith in love after one broken engagement and two failed marriages. Carlson also explores countless other questions Ephron's fans have wondered about: What sparked Reiner to snap out of his bachelor blues during the making of When Harry Met Sally? Why was Ryan, a gifted comedian trapped in the body of a fairytale princess, not the first choice for the role? After she and Hanks each separatel balked at playing Mail's Kathleen Kelly and Sleepless' Sam Baldwin, what changed their minds? And perhaps most importantly: What was Dave Chappelle doing ... in a turtleneck? An intimate portrait of a one of America's most iconic filmmakers and a look behind the scenes of her crowning achievements, I'll Have What She's Having is a vivid account of the days and nights when Ephron, along with assorted cynical collaborators, learned to show her heart on the screen. More/less