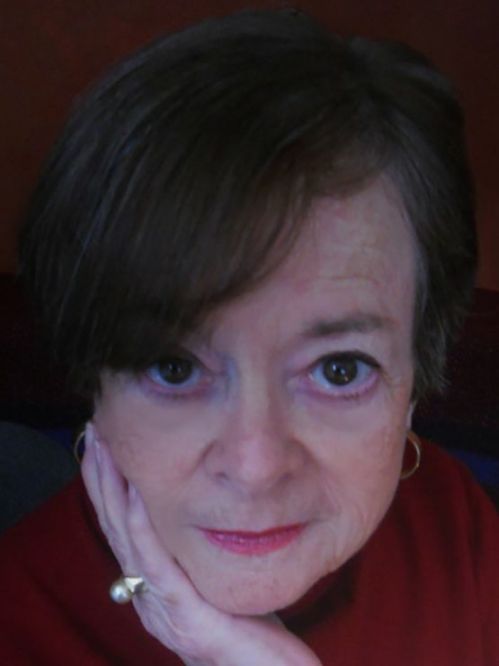 Rosemary Simpson's "What the Dead Leave Behind" is set in Gilded Age New York where the Great Blizzard of 1888 brings both disaster and independence to her wealthy and unconventional heroine. "Lies that Comfort and Betray" is the second in the Gilded Age Mystery series, followed by "Let the Dead Keep Their Secrets." The fourth Gilded Age Mystery, "Death Brings a Shadow," was published in November 2019, and the fifth book in the series will be out in late 2020. Rosemary is also the author of two stand-alone historical novels, "The Seven Hills of Paradise" and "Dreams and Shadows." Her most recent work is "Death Brings a Shadow."

She is a member of Sisters in Crime, International Thriller Writers and the Historical Novel Society. Educated in France and the United States, she now lives near Tucson, Arizona.

Investigators Prudence MacKenzie and ex-Pinkerton Geoffrey Hunter discover all that glitters is not gold in the Gilded Age, whether on the island of Manhattan or an island off the coast of Georgia . .. DEATH BRINGS A SHADOW In spring 1889, Prudence and Geoffrey set sail from New York Harbor on a private yacht bound for Bradford Island, where her friend Eleanor Dickson is to be wed. The Sea Islands along the Georgia coast serve as a winter playground for the likes of the Carnegies, Rockefellers, Vanderbilts, and Dicksons. Despite her Yankee pedigree, Eleanor is marrying a Southern gentleman, Teddy Bennett, and Prudence is thrilled to be the maid of honor. But days before the wedding, the bride is nowhere to be found. A frantic search of the island turns up her drowned corpse in an alligator-infested swamp. Prudence is devastated, but as they prepare the body for burial, she and Geoffrey discover evidence of bruising that indicates Eleanor was held under--most dishonorably murdered. Determined to seek justice for her beloved friend, Prudence begins to investigate with Geoffrey's help and is quickly led into a morass of voodoo spells and dark deeds from the days of slavery. As Prudence and Geoffrey pursue a killer, they soon discover that Eleanor will not be the last to die on Bradford Island ... More/less