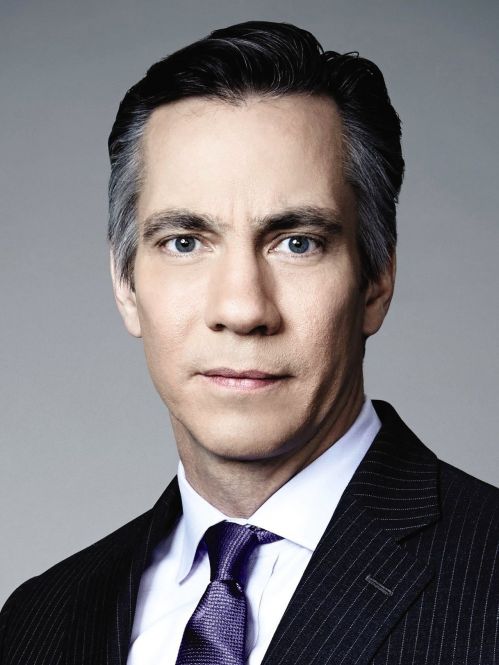 Jim Sciutto is an anchor and chief national security correspondent for CNN, reporting and providing analysis on all aspects of U.S. national security, including foreign policy, the military, terrorism, and the intelligence community. In "The Shadow War: Inside Russia's and China's Secret Operations to Defeat America," he provides a revealing and at times disturbing guide to this new international conflict that has become the greatest threat to America's national security. Sciutto, a verteran journalist and former diplomat, sends an urgent dispatch from the front lines of this conflict. America, he warns, is in the crosshairs as longstanding adversaries Russia and China fight an unfamiliar type of clandestine warfare, which senior offcials identify as the nation's most pressing security threat facing us today. Their endgame: to defeat the U.S. without a new Pearl Harbor.

CNN’s Chief National Security Correspondent reveals the invisible fronts of twenty-first century warfare and identifies the ongoing battles being waged—often without the public’s full knowledge—from disinformation campaigns to advanced satellite weaponry. The United States is currently under attack from multiple adversaries—yet most Americans have no idea of the dangers threatening us. In this eye-opening book, military and intelligence expert and seasoned reporter Jim Sciutto traces the expanding web of attacks that together amount to an undeclared but deeply dangerous war on America. With in-depth reporting from Ukraine to the South China Sea, Cuba to the earth’s atmosphere, unprecedented access to America’s Space Command, and new information from inside the intelligence agencies tracking election interference, Sciutto draws on his deep knowledge, high-level contacts, and personal experience as a journalist and diplomat to paint the most comprehensive and vivid picture of a nation targeted by a new and disturbing brand of warfare. America is engaged in a Shadow War on multiple fronts, with multiple enemies. The practitioners include America’s most familiar adversaries: Russia, China, North Korea, and Iran. But unlike conventional warfare, these conflicts are conducted in the shadows, with no formal declaration and often use multiple sources, from influential businessmen and lawyers to hackers. And it is happening today. But America is adapting and fighting back. In The Shadow War, Sciutto introduces the dizzying array of soldiers, sailors, submariners and their commanders, space engineers, computer scientists, and civilians who are on the front lines of this new kind of forever war. Intensive and disturbing, this invaluable and important work opens our eyes and makes clear that future war is here. More/less