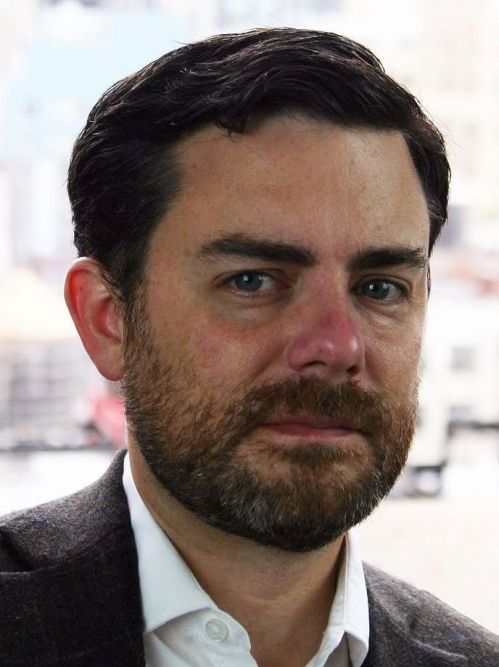 Clay Risen is the deputy op-ed editor at The New York Times and the author of several works of American history, including "The Crowded Hour: Theodore Roosevelt, the Rough Riders, and the Dawn of the American Century," "The Bill of the Century: The Epic Battle for the Civil Rights Act," which was named a 2014 notable book of the year by The Washington Post, and "A Nation on Fire: America in the Wake of the King Assassination." He oversaw two award-winning history series for The New York Times, Vietnam '67 and Disunion, and he was a co-editor of "The New York Times' Disunion: Modern Historians Revisit and Reconsider the Civil War from Lincoln's Election to the Emancipation Proclamation."

Risen is also one of America's leading whiskey experts; he is the author of "Single Malt: A Guide to the Whiskies of Scotland" and "American Whiskey, Bourbon and Rye: A Guide to the Nation's Favorite Spirit," which has sold over 100,000 copies across two editions. He has written extensively about whiskey and the liquor industry for The New York Times, Bloomberg BusinessWeek, Fortune, Garden & Gun and other national publications.

Risen previously worked as an assistant editor at The New Republic and the managing editor of Democracy: A Journal of Ideas. He lives in Brooklyn with his wife and two children.

The dramatic story of the most famous regiment in American history: the Rough Riders, a motley group of soldiers led by Theodore Roosevelt, whose daring exploits marked the beginning of American imperialism in the 20th century. When America declared war on Spain in 1898, the US Army had just 26,000 men, spread around the country—hardly an army at all. In desperation, the Rough Riders were born. A unique group of volunteers, ranging from Ivy League athletes to Arizona cowboys and led by Theodore Roosevelt, they helped secure victory in Cuba in a series of gripping, bloody fights across the island. Roosevelt called their charge in the Battle of San Juan Hill his “crowded hour”—a turning point in his life, one that led directly to the White House. “The instant I received the order,” wrote Roosevelt, “I sprang on my horse and then my ‘crowded hour’ began.” As The Crowded Hour reveals, it was a turning point for America as well, uniting the country and ushering in a new era of global power. Both a portrait of these men, few of whom were traditional soldiers, and of the Spanish-American War itself, The Crowded Hour dives deep into the daily lives and struggles of Roosevelt and his regiment. Using diaries, letters, and memoirs, Risen illuminates a disproportionately influential moment in American history: a war of only six months’ time that dramatically altered the United States’ standing in the world. In this brilliant, enlightening narrative, the Rough Riders—and a country on the brink of a new global dominance—are brought fully and gloriously to life. More/less

Single Malt: A Guide to the Whiskies of Scotland

A follow-up to his bestselling American Whiskey, Bourbon & Rye: A Guide to the Nation's Favorite Spirit, Clay Risen's Single Malt is an introduction to the long history, fascinating science, and incredible diversity of malted whisky, as well as a practical drinker's guide to buying and enjoying hundreds of the greatest examples of the distiller's tradition. With maps of essential whisky regions of Scotland, profiles of each of the makers, and photographs of the bottles and tasting notes for each of the most widely available expressions--compiled from tasting sessions conducted by a panel of leading whisky experts--readers will discover a rich vein of knowledge about one of the world's most storied beverages. Selected from more than one hundred active distilleries in Scotland, the 330 expressions featured in this book provide a curated yet comprehensive primer of the single-malt whiskies any growing aficionado should be familiar with. Additional features include a directory of distilleries, Risen's top whisky picks in various categories, and a full index of the expressions featured in the book. More/less