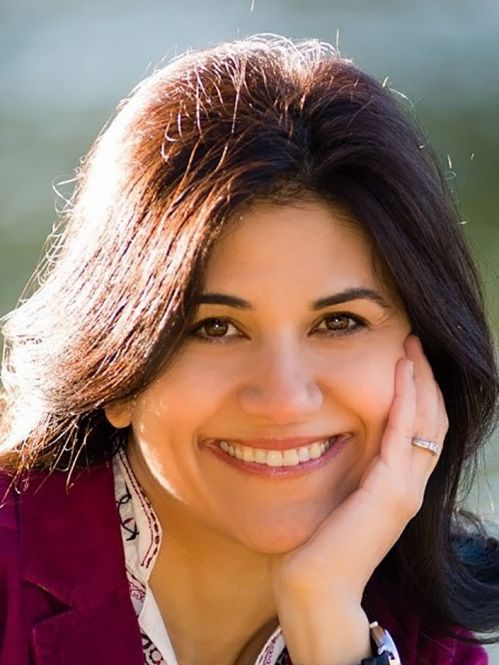 Marjan Kamali was born in Turkey to Iranian parents and spent her childhood in Kenya, Germany, Turkey, Iran and the United States. She is the author of the novels "The Stationery Shop," which was an Indie Next Pick, one of Newsweek’s Best Summer Books and a Real Simple Top Editor Pick, and "Together Tea," which was a Massachusetts Book Award Finalist and adapted for the stage.

Both her novels have been translated into several languages. Her essays and short fiction have appeared in the Wall Street Journal, the Los Angeles Review of Books and been published in two anthologies. Her work has also been broadcast on BBC Radio 4. A graduate of the University of California, Berkeley, with a master's in business administration from Columbia University and a master's in fine arts from New York University, she teaches writing at GrubStreet and lives in the Boston area with her husband and two children.

"A novel set in 1953 Tehran, against the backdrop of the Iranian Coup, about a young couple in love who are separated on the eve of their marriage, and who are reunited sixty years later, after having moved on to live independent lives in America, to discover the truth about what happened on that fateful day in the town square"--

Darya has discovered the perfect gift for her daughter's twenty-fifth birthday: an ideal husband. Mina, however, is fed up with her mother's endless matchmaking and grading of available Iranian American bachelors. After Darya's last ill-fated attempt to find Mina a husband, mother and daughter embark on a journey to Iran, where the two women gradually begin to understand each other. But after Mina falls for a young man who never appeared on her mother's spreadsheets and Darya is tempted by an American musician, will this mother and daughter's tender appreciation for each other survive? More/less