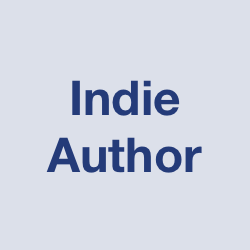 William Roskey is a military historian and veteran but has been a number of other things, including a cab driver, a member of a moving crew, a Korean translator, an intelligence analyst, a proofreader, a program analyst, a switchboard operator, a farmhand, a budget officer, an editor, a bailiff, a management analyst and a locksmith. He has also prospected for gold in the Arizona desert and mountains. He has written three novels and a number of magazine articles over the years. Most of his articles have been about military history and technology. Examples are Civil War cryptology, satellite photo-reconnaissance, North Korean Army special forces, armistice negotiations and prisoner of war escapes.

His previous novels include "Muffled Shots: A Year on the DMZ," which is set in the mid-1960s in Korea, and "Fifth Gospel: The Odyssey of a Time Traveler in First Century Palestine," a science fiction novel in which a top-secret project sends a fighter pilot back in time to meet Jesus Christ. Both books can be bought on Amazon as both Kindle books and paperbacks.

His latest book, "A Terrible Loyalty: A World War II Submarine Novel" is a historical novel of submarine warfare in the Pacific during the first six months of the war, touching on the weapons failures the crews were plagued with during that period and the codebreaking activity which made a significant contribution to their successes. The central theme of the book is that people have a number of different people or organizations and causes to which they feel a sense of loyalty such as loyalty to one's own moral code, a loved one, the Constitution of the United States, friends, shipmates, the U.S. Navy and its regulations and one's country. Sometimes, particularly in war, it isn't possible to be loyal to all at the same time. One must choose which loyalties take precedence, and sometimes that decision is extremely difficult. This book also examines the nature of fear.

Historical Fiction at its Best! One of the first reactions of many who have read this book is to say that it is far more than a novel about riveting submarine action in World War II. That it is, above all, a book about an extraordinary group of characters and the events that shaped them into the men and women they were when, without warning, 353 Japanese planes swooped down out of a clear cobalt sky on a quiet Sunday morning to wreak havoc on the United States Navy's Pacific Fleet, which lay quietly at anchor in Pearl Harbor. Dade Bowie is a 31-year old submarine skipper, the product of poverty and an abusive home life in West Texas. He is secretly afraid that he lacks the courage he needs to go into combat. Rachael Wyer spent 20 unsuccessful years as a missionary in a small Japanese fishing village, and, after Japanese naval cadets brutally murder her husband, she leaves to return to the United States. On her way back in April 1941, the Office of Naval Intelligence recruits her to translate intercepted Japanese naval communications in one of the most highly classified operations run by the United States. As she watches the attack in horror, she is 39-years old, and has already come to hate the Japanese even before this day. She and Dade Bowie will meet in the days following the attack and become lovers. They will battle the Japanese, naval bureaucracy, fear, conflicting loyalties, and their own personal demons in the desperate months that follow. More/less