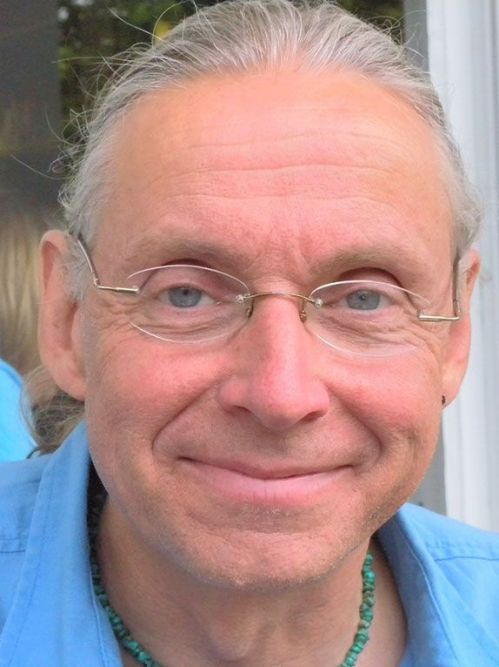 Rick Wamer’s global mime career began in 1982 at The Goldston School for Mimes in Gambier, Ohio.

He continued his pursuit by participating in Marcel Marceau’s U.S. seminars from 1985 -1987, initiating an eighteen-year mentorship under Marceau, and assisting Marceau in later seminars. A founding member of Invisible People Mime Theater and veteran solo performer, Wamer has performed throughout North America, Asia, Eastern Europe, Israel, Serbia, Macedonia and the West Indies.

He served as artistic director of the Saskatchewan Seminars for Mime and Movement Theater in Regina, Saskatchewan, Canada, winning numerous awards for excellence in programming and artistry, including a choreography fellowship from the Ohio Arts Council, private and public grants and fellowships, and is referenced in "From the Greek Mimes to Marcel Marceau and Beyond" by Annette Lust.

Wamer's one-man show, "Geometries," mingling mime and monologue, has been delighting audiences for the past two decades. Wamer has appeared in numerous theater productions, three films with independent filmmaker, Ted Hardin; collaborations with A Theater of Mime, generating the role of Scrooge in a mimodrame adaptation of Charles Dickens’ "Christmas Carol" in L.A; and, with Alithea Mime Theatre touring in Poland, China and Puerto Rico.

Recent productions include "Caligari!," an ensemble work inspired by the silent film classic, "The Cabinet of Dr. Caligari;" "Mythos," a multimedia production in Tucson at the University of Arizona’s Stevie Eller Theatre mixing mime, dance, circus arts, taiko drumming and visual media; "Stories of Painted Sky," a mime-aerial ballet co-written and directed with Nathan Dryden; movement direction for "Our Town," restaged by Andrew Belser for Juniata College, Huntingdon, Penn., 2010-11 production season; and a tribute performance to the French Mime tradition of the 20th Century, called "The Factory," re-staging seminal Etienne Decroux creations during the 2011-12 season.

Winner of Grand Prize for Master Performance at the Skopje, Macedonia Mime and Physical Theater Festival of 2008, and again in 2013 with longtime collaborator, Lorie Heald, Wamer has exposed new audiences to the art of mime, frequently performing and teaching in the Balkans. His work can also be seen among the repertory of Mannakin Theatre and Dance, based in San Francisco and Belgrade, Serbia, where he serves as a contributing choreographer.

In 2013, Wamer joined forces with Enrique Feldman, Grammy-nominated composer and musician, to create a music-rich mime theater performance, called "Dancing in the Universe," which had its world premiere at the Stevie Eller Theatre, January 11, 2013, followed by a second collaboration, The Inner Journey with Feldman and Lorie Heald, May 23, 2014.

Wamer received the honor of being recognized as the recipient of the prestigious Contributor to the Arts Community Arts Award from the Buffalo Exchange for 2015.

Current projects include writing his first book entitled, "The Physical Imagination," based on his artistic discoveries and acting techniques; a new evening of theatrical productions, "Tales of Transformation;" developing a physical theater festival in Tucson, Ariz.; a reconstruction project of a late 19th Century French Mimodrame with Dario Salvi, the artistic and musical director for the Imperial Viennese Orchestra in the U.K. with a world premiere performance scheduled for December of 2020; and creating a multi-arts production based on the folklore and culture of the Northeastern Maritimes. A frequent consultant in arts education, thought leader and publisher, Wamer lives in Tucson, Ariz.

"Long Shadow Days: Grief Walking" is his first collection of poetry and essays.

This is a story of a two-year-old boy who discovers he has the capacity to have an impact on other people. He has the help of his dad and his color crayons, and his powers of observation. He starts by watching the seasons of an apple tree in his front yard and documenting it by making pictures with his crayons. He decided to add a creative effect by coloring one apple in his picture purple. When the apples ripen on the real tree, he discovers that one is purple! His dad explains that he creates magic with his many colors. So when he sees one of his friends at daycare looking sad, he decides to use his color magic and draws a happy picture of her and presents it to her. She smiles. The book has hand-crafted line art illustrations that are electronically colored. Nathaniel is the author's great nephew, the son of his nephew. He does live in the house and the town depicted iun the book, and there is an apple tree in his front yeard. His dad built him a bed identical to the one depicted in the book. This book was originally intended as a gift for Nate. The story is fictional. And the animals depicted are fictional. And they were not harmed in the making of this book. More/less