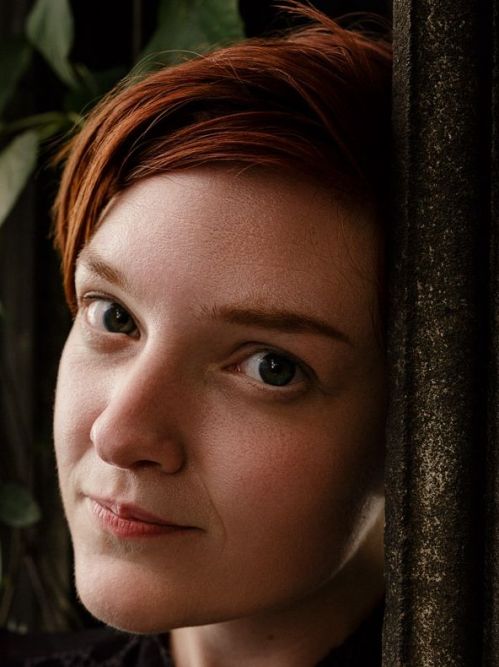 Natasha Pulley studied English Literature at Oxford University. After stints working at Waterstones as a bookseller, then at Cambridge University Press as a publishing assistant in the astronomy and maths departments, she did the creative writing master's at the University of East Anglia. She later studied in Tokyo, where she lived on a scholarship from the Daiwa Anglo-Japanese Foundation. She was chosen to be a writer in residence at Gladstone's Library and is now an associate lecturer at Bath Spa University and a panel tutor at the Cambridge University Institute of Continuing Education. She currently lives in Bath, England.

Pulley's highly-acclaimed debut novel, "The Watchmaker of Filigree Street," was an international bestseller, won a Betty Trask Award and was shortlisted for the Authors' Club Best First Novel Award. It is a historical fantasy thriller set in atmospheric, smoggy Victorian London and Japan, which features a mysterious Japanese watchmaker who can "remember the future," a feisty young female physicist and a clockwork octopus called Katsu. Her second novel, "The Bedlam Stacks," is set mainly in Peru. Pulley's latest, "The Lost Future of Pepperharrow," is a sequel that sweeps readers off to Japan in the 1880s, where nationalism is on the rise and ghosts roam the streets.

Natasha Pulley's Watchmaker of Filigree Street captivated readers with its charming blend of historical fiction, fantasy, and steampunk. Now, Pulley revisits her beloved characters in a sequel that sweeps readers off to Japan in the 1880s, where nationalism is on the rise and ghosts roam the streets. 1888. Five years after they met in The Watchmaker of Filigree Street, Thaniel Steepleton, an unassuming translator, and Keita Mori, the watchmaker who remembers the future, are traveling to Japan. Thaniel has received an unexpected posting to the British legation in Tokyo, and Mori has business that is taking him to Yokohama. Thaniel's brief is odd: the legation staff have been seeing ghosts, and Thaniel's first task is to find out what's really going on. But while staying with Mori, he starts to experience ghostly happenings himself. For reasons Mori won't--or can't--share, he is frightened. Then he vanishes. Meanwhile, something strange is happening in a frozen labor camp in Northern Japan. Takiko Pepperharrow, an old friend of Mori's, must investigate. As the weather turns bizarrely electrical and ghosts haunt the country from Tokyo to Aokigahara forest, Thaniel grows convinced that it all has something to do with Mori's disappearance--and that Mori may be in serious danger. More/less
The Watchmaker of Filigree Street
Sci-Fi / Fantasy / Horror
Bloomsbury Publishing
March 2016
ISBN 9781620408346
$17.00, INSTOCK
Buy now