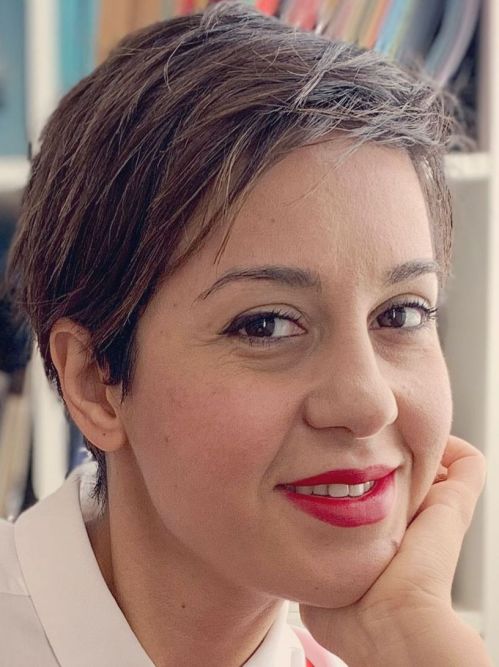 Rashin Kheiriyeh is an internationally recognized, award-winning illustrator/author, animator and painter. She has published more than 80 children's books in countries such as the United States, Canada, France, Italy, Japan, Germany, Spain, South Korea, China, Brazil, India and Iran. She has received 50 national and international awards such as the Sendak Fellowship Award, New York, 2017, the New Horizon Award from Bologna Book Fair, Italy, 2009 and the Golden Apple Award from Bratislava Illustration Biannual, Slovakia, 2011. She has a doctorate degree in illustration from the Ministry of Art and Culture, Tehran, Iran, a master's of fine arts degree in graphic design from Alzahra University, a bachelor's of fine arts degree in graphic design from Azad University and studied digital art at the School of Visual Arts. She is a lecturer at the Department of Art, University of Maryland. She enjoys designing for The New York Times, Google, Kennedy Center, Scholastic, Simon & Schuster, Penguin Random House, Barefoot Books, NorthSouth Books, Stanford University and many other publishers around the world.

When you have to leave behind almost everything you know, where can you call home? Sometimes home is simply where we are- here. A imaginative, lyrical, unforgettable picture book about the migrant experience through a child's eyes. When a little girl and her younger brother are forced along with their family to flee the home they've always known, they must learn to make a new home for themselves -- wherever they are. And sometimes the smallest things -- a cup, a blanket, a lamp, a flower, a story -- can become a port of hope in a terrible storm. As the refugees travel onward toward an uncertain future, they are buoyed up by their hopes, dreams and the stories they tell -- a story that will carry them perpetually forward. This timely, sensitively told story, written by multiple award--winner Kyo Maclear and illustrated by Sendak Fellowship recipient Rashin Kheiriyeh, introduces very young readers in a gentle, non-frightening and ultimately hopeful way to the current refugee crisis. More/less

Rashin is an Iranian immigrant girl living in New York, excited by her first trip to Coney Island, and fascinated by the differences in the beach customs between her native Iran and her new home--but she misses the saffron flavored ice cream that she used to eat.