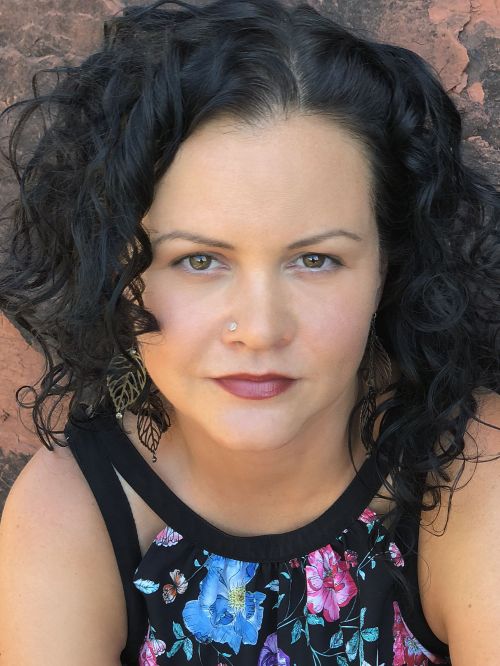 Jeanine Cummins is the bestselling author of the groundbreaking memoir, "A Rip in Heaven," and the novels, "The Outside Boy" and "The Crooked Branch." She worked in the publishing industry for ten years before becoming a full-time writer. She was born in Spain and has lived in California, Maryland, Belfast and New York City, where she remains now with her Irish husband and growing family. Her most recent novel is "American Dirt."

También de este lado hay sueños. On this side too, there are dreams. Already being hailed as "a Grapes of Wrath for our times" and "a new American classic", American Dirt is a rare exploration into the inner hearts of people willing to sacrifice everything for a glimmer of hope. If it’s only a better life you seek, seek it elsewhere...This path is only for people who have no choice, no other option, only violence and misery behind you. And your journey will grow even more treacherous from here. Everything is working against you. —American Dirt Lydia Quixano Perez lives in the Mexican city of Acapulco. She runs a bookstore. She has a son, Luca, the love of her life, and a wonderful husband who is a journalist. And while there are cracks beginning to show in Acapulco because of the drug cartels, her life is, by and large, fairly comfortable. Even though she knows they’ll never sell, Lydia stocks some of her all-time favorite books in her store. And then one day a man enters the shop to browse and comes up to the register with four books he would like to buy—two of them her favorites. Javier is erudite. He is charming. And, unbeknownst to Lydia, he is the jefe of the newest drug cartel that has gruesomely taken over the city. When Lydia’s husband’s tell-all profile of Javier is published, none of their lives will ever be the same. Forced to flee, Lydia and eight-year-old Luca soon find themselves miles and worlds away from their comfortable middle-class existence. Instantly transformed into migrants, Lydia and Luca ride la bestia—trains that make their way north toward the United States, which is the only place Javier’s reach doesn’t extend. As they join the countless people trying to reach el norte, Lydia soon sees that everyone is running from something. But what exactly are they running to? American Dirt will leave readers utterly changed when they finish reading it. It is a page-turner, it is a literary achievement, it is filled with poignancy, drama, and humanity on every page. It is one of the most important books for our times. More/less

Christy Hurley, a young gypsy in 1950s Ireland, is treated as an outsider after his father tries to settle in a single town and the boy finds himself questioning who he is and where he belongs after discovering a family secret. Original. More/less