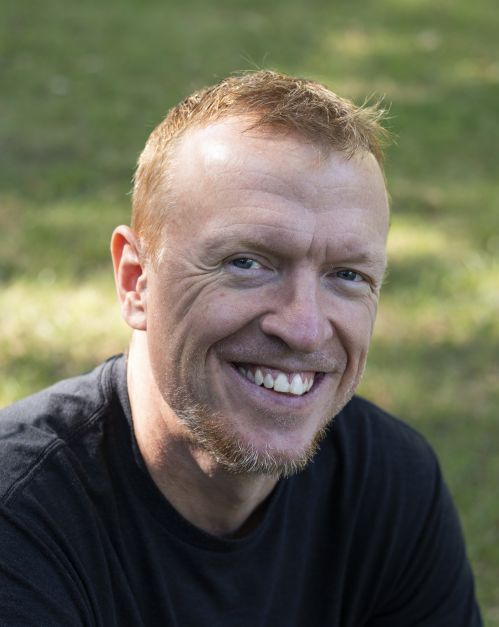 John Hare spent his youth in Kansas drawing comic strips about snakes, making spoof yearbooks to entertain his friends and writing stories about a crime-fighting crocodile. At some point, he decided he better actually do something for a living, so Hare earned an associate's degree in graphic design and got a job as a production artist at a sportswear company. There he worked his way through a comically bizarre work environment to became art director. Later, he moved to Kansas City and worked as a freelance graphic designer. One day, Hare picked up a brush and painted a scene for his son's nursery. That's when he realized he still wanted nothing more than to bring stories to life.

Hare now lives in Gladstone, Mo., where he is fortunate to work from his home studio when he's not corralling his two boys or tending to the biological needs of small animals. His new book is "Field Trip to Volcano Island."