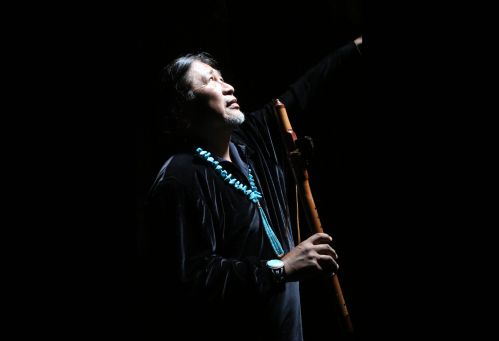 Vince Redhouse has played woodwinds seriously most of his life. He attended the Academy of Arts and Humanities under the direction of German professor Axel Duwe and later performed as a jazz tenor saxophone soloist with the US Air Force Band. He would pick up the Native American flute and create a fully chromatic fingering system that covers almost 3 octaves on the traditional six-holed instrument. He has taught native youth at reservation schools this method for the last 13 years enabling them to read, play and perform. Redhouse and his wife Diane have also provided these students with native flutes, method books they have published, his time and travel at no cost.

He is a two-time Grammy nominee, 2019 Native American Music Award and recent recipient of the National Jazz Hero Award 2017. The University of Arizona recently partnered with Redhouse to reach native youth on reservations throughout Arizona. His extensive background in Jazz and Classical music create a true musical voice embellished with his roots in the Navajo culture.