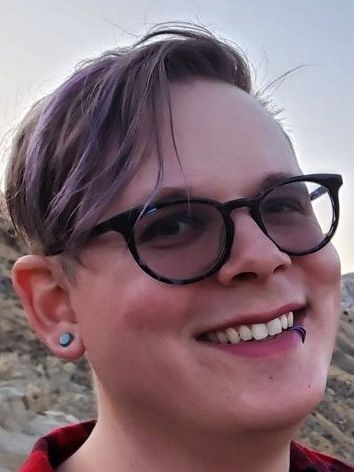 Riley Black has been a fossil fanatic since the time she was knee-high to a Stegosaurus. Her evolution into a science writer and amateur paleontologist was only natural. Based in Salt Lake City, Utah, right in the center of dinosaur country, she chases tales of vanished lives from museum collections to remote badlands.

A prolific writer, Black wrote her popular Laelaps blog for publications such as WIRED, National Geographic and Scientific American for more than a decade. Her fossil-filled tweets have led Business Insider to call her one of the top "science social media wizards" and HLN to dub her one of "Twitter's 8 coolest geeks", as well, and she was the host of Parallax Film’s Dinologue. And in a childhood dream come true, Black was also hired to be the "resident paleontologist" for "Jurassic World." In 2022, she also appeared as part of the NOVA documentaries “Alaskan Dinosaurs” and “Dinosaur Apocalypse.”

Black also freelances for a variety of publications-- from National Geographic to Slate-- and has written ten books in as many years. Her latest titles include the coffee table book "Deep Time" and "The Last Days of the Dinosaurs" with St. Martin’s Press, a scientifically-inspired narrative of how the Age of Dinosaurs ended and the Age of Mammals began.

Scheduled events:
The World of Dinosaurs
Dinosaurs have fascinated us for hundreds of years. In this session, authors Riley Black and David Randall will share insights into the dinosaurs' final days ... and how the T. Rex was eventually discovered.

Chasing Extinction
Three leading writers discuss what it takes to tell the story when the main characters no longer walk the earth.

Did You See That Dinosaur?
Search the Page, Find the Dinosaur in a Fact-Filled Adventure
Children / Teens
ROCKRIDGE Press
September 2020
ISBN 9781641527064
56 pages