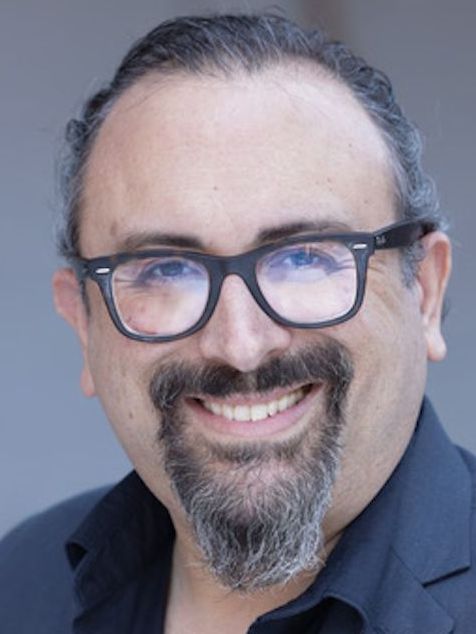 Children the world over know Dan Yaccarino's children's books and award-winning animated series. In addition to his own stories, Yaccarino's bold, stylized illustrations add wit and energy to the work of such distinguished authors as Margaret Wise Brown, Jack Prelutsky and Kevin Henkes. He's also the creator and producer of several animated series based on his books, "Doug Unplugs," "Oswald" and "Willa's Wild Life," as well as the character designer behind "The Backyardigans." Animation Magazine hails him as "an American original." '

Yaccarino's internationally recognized art style has earned him a large following in Japan, exhibits in New York, Los Angeles, Tokyo and Bologna, and a visit to the White House. He is also a contributing children's book reviewer for the New York Times. Yaccarino's books have been translated into many languages and in addition to animated series, his work has inspired toys, ebooks, children's musicals and video adaptations. His work has been recognized with a host of prestigious awards including the Bologna Ragazzi, The New York Times 10 Best Illustrated, ALA Notable and the Parents Choice Award. More than 2.5 million of his books have been sold to date. Yaccarino's new books are "City Under the City" and "The Longest Storm."

Scheduled events:
Courage in Facing Fear
When faced with fear and separation, characters need courage to be able to move forward in coping with their fears. The characters in these picture books deal with the danger of wildfire, an ill relative and a city under surveillance. Each finds within themselves the bravery that comes from compassion and connection.

Illustrator Studio: Dan Yaccarino's Illustrating Processes
Through slides, Dan Yaccarino will show his process of how he creates his illustrations using brush and ink, as well as Photoshop. Dan is the author/illustrator of "The Longest Storm" and "City Under the City."

On Your Mark, Get Set, Draw: Illustrator Draw-Off
Join Adam Rex for a fun draw-off as illustrators compete to create quick drawings based on suggestions from the audience.