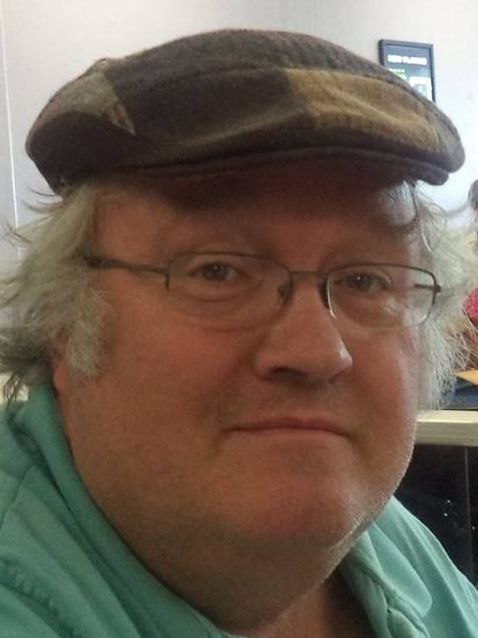 Tobin started writing publicly in 1980. From 1981 to 2005 he was the editor and publisher of an internationally circulated small press periodical named The Thought. He has written many opinion pieces, philosophical tracts, short stories and some poetry. In 1995, he moved to Glendale, Ariz., a suburb of Phoenix. In 2007, he met the love of his life, Ann, whom he married on February 2, 2008. He has five children and three grandchildren. He presently lives in Phoenix.

Writing has long been his passion. His first novel, "A Ruby for Victor," was released in June of 2012. This was followed in September of 2018 with "Debts of Blood." Yes, these are vampire novels, but they provide a unique twist, a refreshing take on the genre, along with strong science fiction elements. They are a mix of self-discovery, intrigue, passions, suspense and a commentary on our modern world. Interestingly, these novels grew out of a series of short stories he wrote in 1989-1990 at the urging of a good friend. His writing seeks to make the reader think along with being entertaining. There will be at least eight more novels to come.

Tobin is a proud member of the Arizona Authors Association, Phoenix Writers Club and Society of Southwestern Authors.

Books:
Debts of Blood
Sci-Fi / Fantasy / Horror
AZ Publishing Services LLC
October 2018
ISBN 9781944826956
The author will make this book available for sale at the Author Pavilion during the Festival.

A Ruby for Victor
Sci-Fi / Fantasy / Horror
Tate Publishing
June 2012
ISBN 9781618627049
316 pages
The author will make this book available for sale at the Author Pavilion during the Festival.

'What will become of me if I were to decline?' Aurea frowns. 'We here would not raise a hand against you. However... there are those who will regard you as a threat. Without being a porfo, you will not have any protection from them, and we will not be able to raise a hand against them. You've been outed, Victor. Many eyes would be looking your way, and a lot of them would not be friendly.' 'That is about what I expected you would say.'Victor Trent is stuck in a dead-end job at a secondhand store, living with parents who don't respect him and dealing with a kid brother who mooches off him. Hopeless, Victor is on autopilot through life, quite displeased with how it's going. A chance sighting by a vampire at a nightclub changes his life forever. Soon after, Victor is offered a position in Washington DC, working for a congressman. Given his political views, this is hardly his dream job. He is a fish out of water, an honorable man in a city that does not know the meaning of the word. After settling in DC, Victor finally encounters something similar to that night at the club another vampire. Realizing he can hear her thoughts and vice versa, Victor realizes there may be much more to his past and future than he thought possible. Once the Ruby Order, a clan of vampires, learns about Victor, he will be put to the test, to see if he can be trusted and become one of them. Join in this odyssey of self-discovery and seek the truth about vampires while searching for A Ruby for Victor. More/less