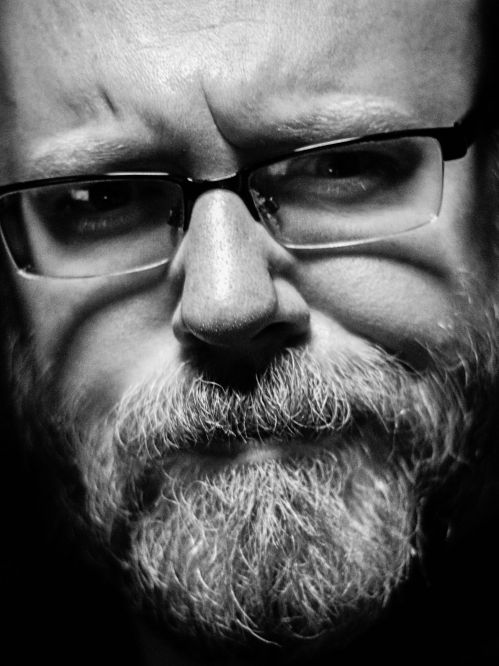 Chuck Wendig is the New York Times and USA Today bestselling author of "Star Wars: Aftermath," as well as the Miriam Black thrillers, the Atlanta Burns books, "Zeroes," "Invasive," and "Wanderers." He’s also worked in a variety of other formats, including comics, games, film and television. A finalist for the John W. Campbell Award for Best New Writer and the cowriter of the Emmy-nominated digital narrative Collapsus, he is also known for his books about writing. He lives in Bucks County with his family.

Terribleminds.com is his blog. Here he rambles on about writing, parenthood, food, pop culture and other such shenanigans.

A decadent rock star. A deeply religious radio host. A disgraced scientist. And a teenage girl who may be the world's last hope. In the tradition of The Stand and Station Eleven comes a gripping saga that weaves an epic tapestry of humanity into an astonishing tale of survival. Shana wakes up one morning to discover her little sister in the grip of a strange malady. She appears to be sleepwalking. She cannot talk and cannot be woken up. And she is heading with inexorable determination to a destination that only she knows. But Shana and are sister are not alone. Soon they are joined by a flock of sleepwalkers from across America, on the same mysterious journey. And like Shana, there are other "shepherds" who follow the flock to protect their friends and family on the long dark road ahead. For on their journey, they will discover an America convulsed with terror and violence, where this apocalyptic epidemic proves less dangerous than the fear of it. As the rest of society collapses all around them--and an ultraviolent militia threatens to exterminate them--the fate of the sleepwalkers depends on unraveling the mystery behind the epidemic. The terrifying secret will either tear the nation apart--or bring the survivors together to remake a shattered world. More/less

In the sixth and final thriller of the “wildly entertaining” (Kirkus Reviews) Miriam Black series, Miriam tries to break the curse of her powers, but first she must face The Trespasser a final time. Still reeling from the events of The Raptor and the Wren, Miriam must confront two terrifying discoveries: the Trespasser now has the power to inhabit the living as well as the dead, and Miriam is pregnant. Miriam knows her baby is fated to die, but Miriam is the Fatebreaker. And if the rules have changed for her nemesis, her own powers are changing as well. Miriam will do whatever it takes to break her curse and save her child. But as Miriam once again finds herself on the hunt for a serial killer and in need of an elusive physic, she can feel the threads of her past coming together—and the pattern they’re forming is deadly. To end the Trespasser’s influence in her world, Miriam must face her demon a final time. And, this time, one of them must die. Vultures is a heart-pounding conclusion to the series: “Think Six Feet Under cowritten by Stephen King and Chuck Palahniuk” (SFX). More/less