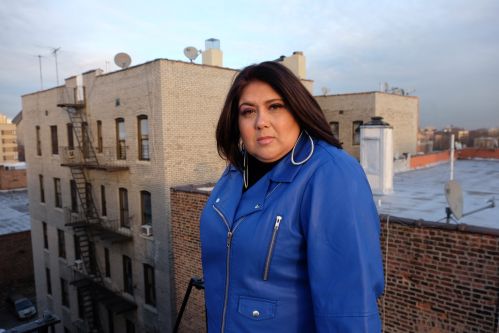 From panzas to prisons, from street theatre to large-scale multimedia performances, from princess to chafa – Virginia Grise writes plays that are set in bars without windows, barrio rooftops and lesbian bedrooms. Her published work includes "Your Healing is Killing Me," "blu," "The Panza Monologues," co-written with Irma Mayorga and an edited volume of Zapatista communiqués, "Conversations with Don Durito." Grise is a recipient of the Yale Drama Award, the Whiting Writers' Award, the Princess Grace Award in Theatre Directing and the Playwrights’ Center’s Jerome Fellowship. She is an alum of the Soho Rep Writer/Director Lab & the Women's Project Theatre Lab.

In addition to plays, she has created a body of work that is interdisciplinary and includes multimedia performance, dance theater, performance installations, guerilla theater, site-specific interventions and community gatherings. As a curator, artist and activist, she has facilitated organizing efforts amongst women, immigrants, Chicano, working-class and queer youth. Grise has taught writing for performance at the university level, as a public school teacher, in community centers, women’s prisons and in the juvenile correction system. She holds a master's of fine arts in writing for performance from the California Institute of the Arts.

Your Healing is Killing Me is a performance manifesto based on lessons learned in San Antonio free health clinics and New York acupuncture schools; from the treatments and consejos of curanderas, abortion doctors, Marxist artists, community health workers, and bourgie dermatologists. One artist's reflections on living with post-traumatic stress disorder, ansia, and eczema in the new age of trigger warnings, the master cleanse, and crowd-funded self-care. More/less