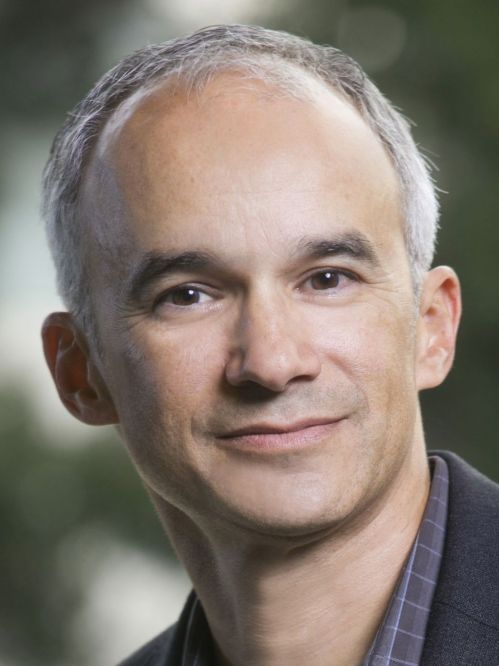 Ian Haney López teaches in the areas of race and constitutional law at the University of California, Berkeley. One of the nation’s leading thinkers on how racism has evolved since the civil rights era, his research examines the connection between racial divisions and growing wealth inequality in the United States. He co-chaired the AFL-CIO’s Advisory Council on Racial and Economic Justice and co-founded the Race-Class Narrative Project.

His most recent book, "Merge Left: Fusing Race and Class, Winning Elections, and Saving America," explains how the political manipulation of coded racism has evolved in the Trump era, while also offering an evidence-based approach to neutralizing political racism and building cross-racial solidarity.

Haney López holds an endowed chair as the Chief Justice Earl Warren Professor of Public Law at the University of California, Berkeley. He has published four books and two anthologies. From legal scholarship to commentary, his writings have appeared across a range of sources, from the Yale Law Journal to The New York Times.

From the acclaimed author of Dog Whistle Politics, an essential road map to neutralizing the role of racism as a divide-and-conquer political weapon and to building a broad multiracial progressive future "Ian Haney López has broken the code on the racial politics of the last fifty years. "--Bill Moyers Today more than ever, warnings to fear immigrants and people of color bombard us incessantly. Quite simply, the Right's fundamental strategy has been to divide and distract while rigging the rules to benefit the superrich. No more. It's time to reject this kind of purposeful division and to join together to demand that government work for all of us, whether we're white, Black, or brown. Ian Haney López has spent the last two years collaborating with a team of union activists, racial justice leaders, communications specialists, and pollsters. Based on conversations and interviews with people all over the country, the team discovered that a large majority of the population (people of color included) fall into "the persuadable middle"--they hold both progressive and racist views and can be shifted in one direction or another based on different stories about America. For decades, while the Right has exploited racial fear-mongering, the Left has splintered. Some have wanted to tackle racism head-on; others have insisted that a race-silent focus on class avoids alienating white voters. Merge Left distills the heartening results of cutting-edge new research: naming racism as a weapon of the rich and calling for cross-racial solidarity builds unity across the base and enlists the broad middle in supporting progressive dreams. A work of deep research, nuanced argument, and urgent insight, Merge Left is an indispensable tool for the upcoming political season and in the larger fight to build racial justice and shared economic prosperity. More/less

Describes how conservatives in government are using race-baiting to coax the middle class with promises of curbing crime, stopping undocumented immigration and even halting Islamic infiltration into voting for right-wing policies that ultimately hurt them and favor the rich.